EasyXplore is a browser hijacking program that is used for website promotion and the generation of pay-per-click ads. EasyXplore typically looks like an add-on to Chrome, Firefox, Edge and other commonly used web browsers but as soon as it gets installed, it makes changes to their homepage, the main search engine and the taskbar appearance. 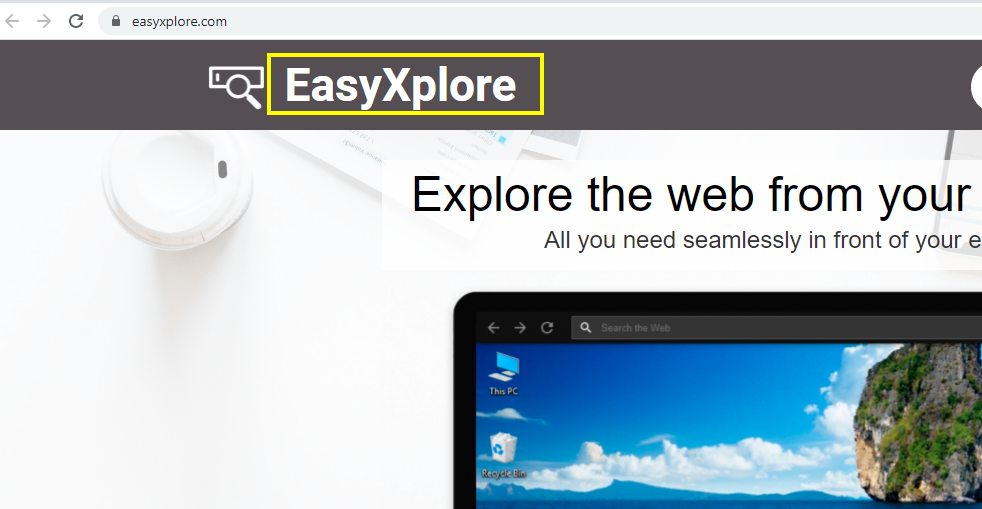 The EasyXplore Virus will interfere with your browser.

In general, EasyXplore seeks to redirect traffic from the browsers it hijacks to some sponsored web pages that pay for visits and clicks. In this way, the program generates income for its developers on a pay-per-click basis. Unfortunately, the alternations that EasyXplore imposes to the users’ browsers without asking for approval are often seen as undesirable and difficult to get used to.

If you have the EasyXplore virus inside your default web browser and you open it, you will most probably notice that the strange program will start to encourage you to click on some site links by placing certain pay-per-click advertisements, banners and pop-up alerts on your screen. Not only that, but also the EasyXplore virus may install some new components, such as a new search engine that shows exclusively supported search results or some redirect buttons and toolbars that automatically reroute you to some promoted pages. The homepage address  may also be replaced by this program with a promotional website so that any time you open a new window or load a new, you get automatically redirected to that specific website.

The positive thing is that a browser hijacker like EasyXplore has absolutely no chance of staying concealed in the system because, unlike Trojans, Ransomware, Spyware and other computer viruses which typically show no symptoms, the advertising activities of the hijacker would give it away instantly. In fact, such software doesn’t even try to remain hidden – quite the contrary – it would try to be in your face as much as possible and to put as many redirect reminders, click-prompts, pop-up advertisements, colorful banners and promotional links on your screen as possible. In this way, the hijacker simply increases the chances to generate revenue for its creators based on how many ad-clicks and site visits it receives from users. The main problem is that in its attempts to collect clicks, this software often employs very aggressive online advertising strategies that cause irritation to a lot of web users. That’s why many of them seek methods to permanently remove the intrusive program and uninstall its unwelcome browser changes.

If you spend most of your time online, surfing the web through your browser, then a browser hijacker such as EasyXplore, Capita Search, Mazy Search can quickly become a very undesirable program. As we mentioned above, such software tries to profit from remaining on your computer for as long as possible and collecting paid clicks and redirects from you. That’s why, aside from making automatic changes to your browser, it will constantly cover your screen with hundreds of advertisements, pop-up notifications, banners and redirect prompts until you remove it. Fortunately, this task does not require the skills that you will need if you have to deal with a Trojan horse, Ransomware, or some other computer virus. That’s why a self-help guide with detailed instructions like the one that you can find below should be more than enough to help anyone who wants to uninstall EasyXplore.

How To Remove EasyXplore Virus