An infection such as GuLoader could be programmed to do anything from giving remote access to your computer to some anonymous hacker, and corrupting your system, to spying on you, and stealing sensitive data from your hard-drives. Unfortunately, due to its multifunctional nature, we can’t tell you precisely what task the GuLoader virus has been programmed to perform in your specific situation. 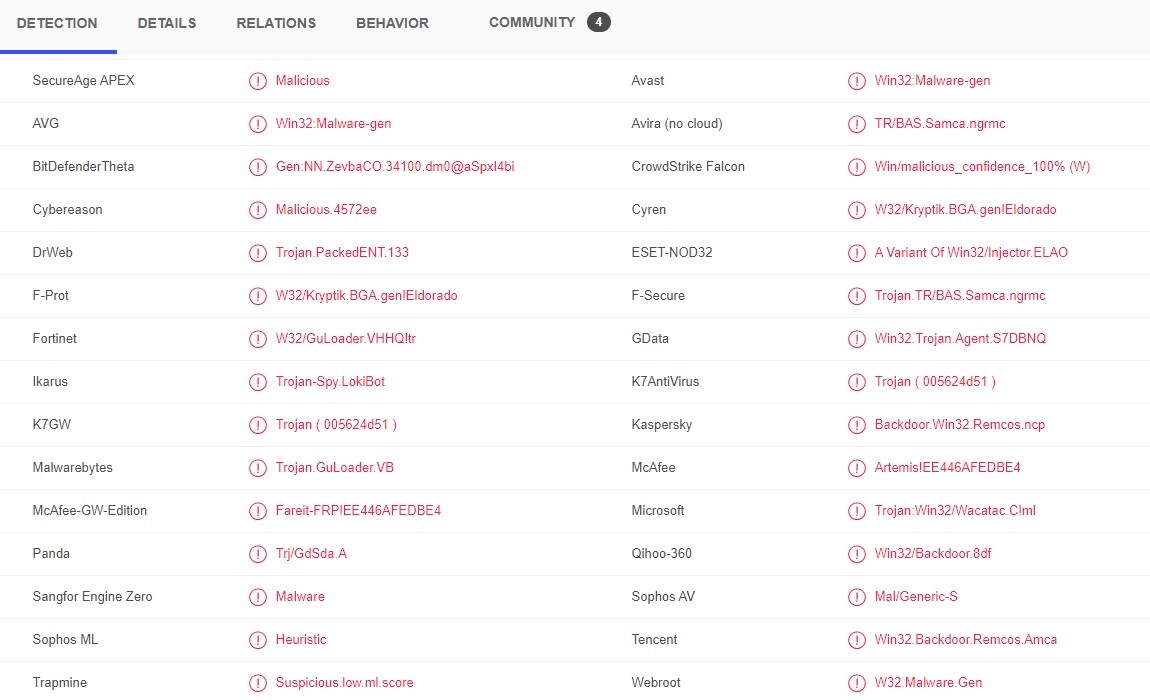 The Trojan Horse viruses have gained a reputation of stealthy and extremely hazardous programs, and that is not by accident. These threats can cause various types of harm to any computer they may attack. So, if you’ve discovered that one of their representatives has invaded your computer, you should take immediate action to make sure the Trojan gets removed. Today’s article is dedicated to GuLoader – one of the most recent Trojan-based threats that has been reported to our “How to remove” team. Here, we will do our best to give you as many details about the nature of this infection as possible, as well as some concrete steps that may help you delete it. Below, you will find a comprehensive guide on how to locate, and remove the GuLoader virus from your computer.

What’s so hazardous about the Trojans?

No other type of online threat is as versatile as the Trojan Horses. We still can give you an idea of what such malware might be capable of. For instance, the Trojans can often be used to exploit the resources of your system for different purposes, and to turn your machine into a bot. In fact, some 15% of the world’s computers are used as bots. For instance, your PC could be used to distribute spam to other computers, or to spread malware, and mine cyrptocurrencies for the hackers who control it.

Very frequently, the Trojan can act as a backdoor for different viruses, and thus play a part in introducing other infections such as Ransomware, or Spyware into your system.

Another way to exploit such malware is for theft of digital information. The Trojan can accomplish this in many ways, including copying sensitive files straight from the system.

A piece of malware such as GuLoader may also possibly be used to spy on you. For example, the keylogging is a common way for the Trojan to keep track of what you type on your keyboard. This way, it can gain access to sensitive information, such as login details, and passwords, with the help of which the crooks can perform different crimes. Alternatively, the criminals could use the infection to hack into your own camera or mic, and look at you, and listen to your conversations.

As you can see from the above, there are many different things that a Trojan can do, and that’s not even close to the full list of its potential abilities. For that reason, it is of utmost importance to remove the GuLoader virus as quickly as possible. For removal instructions, you can refer to the manual below. You can also use the professional removal tool available in the guide if you don’t think your computing skills are good enough to handle the manual steps. After all, removing the virus will involve dealing with essential system data, and you don’t want to delete any of that by mistake.