The Zupdater.exe windows process is part of a Trojan Virus threat. It uses the affected device’s resources to mine for cryptocurrency. The Zupdater is often bundled with free programs downloaded from the internet.

Trojan Horses such as the one named Zupdater.exe, Wscript.exe or Trojan.Win32.Password-unencrypted.a are probably the first type of malware most people hear about once they start using a computer and there is a good reason for that. The Trojans are everywhere and they are used for all sorts of criminal schemes and tasks. Unlike other popular and widespread computer threats like Ransomware, Rootkits or Spyware that are usually used to complete certain specific goals, a Trojan could be quite versatile. Of course, not all Trojans are like that – some are indeed used to complete only one or two specific tasks but there are also Trojans that may be used differently in each separate situation. And one of the worst things related to this type of malware is that you may not even be aware of what the malware’s goal really is, or that there is a malware piece in your system to begin with. Sometimes, there are potential symptoms that the user may notice that are caused by the activity of the virus. 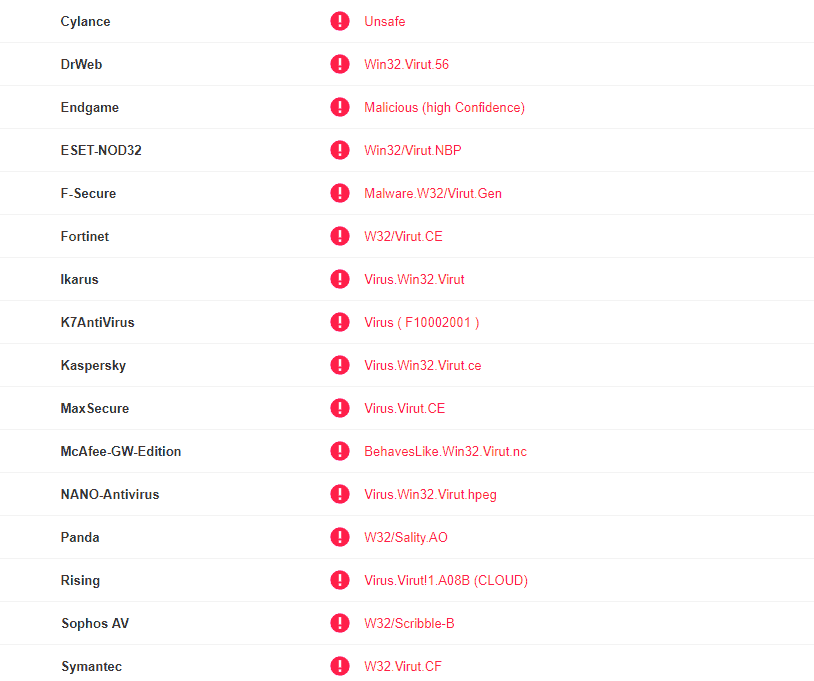 The Zupdater.exe Virus detected by VT

For instance, some Trojans may cause the attacked computer to behave oddly, to get a lot of crashes and errors in different programs. A machine attacked by a Trojan may also become extremely slow and pretty much unresponsive and it may be difficult to do anything on the infected computer while the Trojan’s in it. Random files and folders may start to get relocated, deleted or modified without the user’s permission and random pop-ups and fake warnings may start to spam the screen, telling the victim that the only way to fix their computer would be through downloading some obscure piece of paid software. Again, the symptoms largely depend on what the Trojan is used for. In other occasions, there may be no symptoms whatsoever, especially if the infection is used for covert operations such as acquiring sensitive user data or spying on the targeted victim. In such instances, the symptoms are likely to be pretty much absent, making it really difficult to actually find out that there’s a malware piece in the computer. Since you are here, however, we assume that there have been some questionable occurrences in your computer that have led you to suspect that there’s an infection with Zupdater.exe in it. If that’s the case, you’d probably be relieved to learn that the guide from the current page and the anti-malware tool we’ve linked inside of it can help you locate and eliminate all potentially malicious data which may be related to Zupdater.exe. Before you start using the guide and/or the removal tool, however, let us quickly tell you about the future security precautions you should take against such malicious programs.

If you want to make sure you wont’ get Zupdater.exe malware again, it is best if you do not go to sites that may be potential distributors of such threats. We are talking about sketchy torrent sites or sites with adult content as well as any other web address that doesn’t loo trustworthy. You should also be careful with your online mail and your social media accounts as they may get targeted by spam letters that spread malware – do not open anything that looks like it may be spam. Last but not least, installing a strong antivirus or anti-malware tool in your computer (provided that you don’t already have one) can greatly boost the protection of your system and help you prevent future malware infections.

You are dealing with a malware infection that can restore itself unless you remove its core files. We are sending you to another page with a removal guide that gets regularly updated. It covers in-depth instructions how to:
1. Locate and scan malicious processes in your task manager.
2. Identify in your Control panel programs installed with the malware, and how to remove them. Search Marquis is a high-profile hijacker that gets installed with a lot of malware.
3. How to clean up and reset your browser to its original settings without the malware returning.
You can find the removal guide here.