We recently learned about the tale of UK based company named Aria Technology. Apparently the owner and managing director Aria Taheri told CNN that the company site’s security was breached via the help of a DDoS attack and afterwards the hackers demanded around $4,400 worth of blackmail money. Considering that Ransomware viruses are certainly a thing this is not something new – in fact it’s pretty certain such blackmail occurs somewhere every day. What is unusual is the response.

Aria Taheri actually responded by declining the offer and offering a bounty on the hacker’s heads! That’s right – if you are able to contribute to the capture of the hackers responsible for the attack you are looking at a rather nice bounty of  £15,000 ( $23,181). So far the authorities have been slow to respond to these cyber crimes – mostly because it is very hard to enforce the law if the hacker lives overseas. Could this bounty be the beginning of a new era where hackers fight each other for the reward over their heads?

Why didn’t he just pay?

Aria Taheir’s official response was that ransom is never to be paid and in doing so we are actually encouraging the hackers to reinvest in a better product to make us pay again and again. Unfortunately most businesses cannot afford to refuse the blackmail so easily. We do not know if Aria Technology have good back-ups, do not have important files worth stealing or this is an entirely personal decision by Mr Taheri. Regardless of the case he is to be commended for the firm stance against the ever evolving and dangerous cyber crime. Despite threatening to bring down the site of Aria Technology the hackers have so far stayed silent and the site is still up. 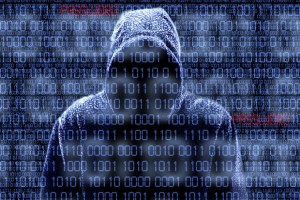 Earlier this year a hacker group specializing in extortion made it to top pages when it was linked to a series of DDoS attacks launched at public organizations throughout Switzerland, New Zealand and Australia. The hits they performed are actually strikingly similar to what happened to Aria Technology – a DDoS attack followed by a ransomware extortion message. The name of the hacker group is DD4BC and they have been reported to participate in a large number of operations. A statistics was compiled by Akamai Technologies – data delivery and cloud service provider. Between April and September a total of 117 attacks have been attributed to DD4BC. With an average extortion payment worth at least several thousand dollars we can only imagine how much money these criminals make. It also looks like they are moving up to juicier targets too. Two of the largest banks in Hong Kong were also subjected to a DDoS attack and a bit coin ransom demand earlier this year.

This large number of attacks on well protected institutions shows that nobody is safe. In order to avoid problems of this kind it is strongly recommended for everyone to make back-ups for his data. Regardless of whether it is a private computer or a business machine a regularly performed backup will save you a lot of money if worst come to pass and you are infected with a Ransomware virus. The response of Aria Technology is also the correct stance everybody should take against these criminals. Cyber crime is thriving, because people are paying. If everybody stopped paying the ransom and invested that money into a HDD for regular backups this particular type of crime would die off AND he would be protected against ordinary disasters like HDD failure. Win-Win.