What is a PUP? 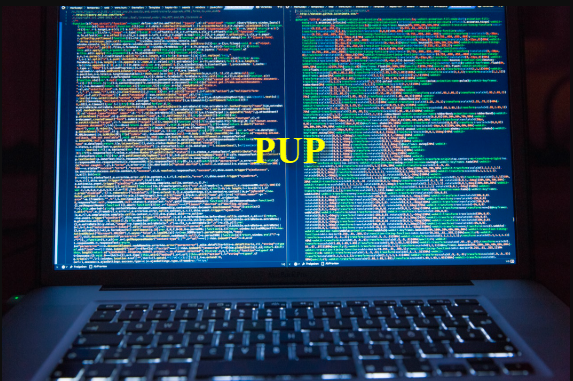 PUPs/PUAs aren’t restricted to any particular operating system. Instead, they could be encountered on Windows computers, Android smartphones, Mac products  and iPhones.

Unlike more clearly defined categories of unwanted software such as Viruses, Adware, Browser Hijackers, Ransomware, and Trojan Horses, with the PUP category, the user’s own individual perception of the program is what most commonly defines whether a given piece of software can be defined as a PUP.

This category of programs and apps is very extensive and it can include both regular programs that may have characteristics some people may find unpleasant as well as software that could potentially weaken the security of the computer and put its safety at risk. This is also why, sometimes, Adware and Browser Hijacker apps could, too, be categorized as PUPs, since they usually don’t have abilities that can directly harm the computer and are most of the time seen as an annoyance and not so much as a direct threat.

Generally, however, having a PUP on the computer most of the time means experiencing some mild inconvenience and irritation caused by the potentially unwanted program that could, under certain circumstances, evolve into a bigger problem. Depending on whether or not the program in question is actually offering anything useful, some users may simply prefer to put up with its not-so-pleasant features.

How do PUPs get installed?

A big similarity between PUPs, Adware, and Browser Hijackers, and one of the reasons why these terms are sometimes used interchangeably, is their similar distribution methods. PUPs, like Adware and Hijackers, are typically distributed via three main methods.

Again, as we mentioned earlier, many different forms of software could be categorized as PUPs so its difficult to describe this software as either dangerous or safe. However, if there’s a reason to categorize a given program or app as potentially unwanted, this means there’s a certain aspect of it that makes users want to keep it away from their computers. Maybe the PUP shows ads to make an extra profit or maybe it introduces unwanted changes to the system and to other programs without your permission. In many cases, even certain antivirus and anti-malware tools could be categorized as PUPs if they are being too aggressive with their security warnings or if they constantly nag you to buy their more advanced versions.

Depending on what makes a PUP unwanted, the program could simply be irritating to the user or it could potentially weaken the computer’s security and lead to exposure to bigger safety hazards.

Generally, if a program that you consider as potentially unwanted is installed on your computer and you have no use for it, then there is no reason to keep it and it might be better to get this program uninstalled.

How do you remove a PUP?

Some PUPs are easier to remove than others but, in most cases, if a given program can be described as a PUP, then you can expect it to be a bit difficult to remove. Again, it depends on the situation but, for example, oftentimes, there may be no uninstallation wizard or you may not be able to find the directory where the PUP is installed (and from where you can remove it). On Windows computers, a PUP may not be listed in the Control Panel’s Uninstall a Program list, making it even more difficult to delete the program.

Despite all that, however, PUPs are not viruses and they should not be all that tricky to remove. If you are currently struggling to remove any particular potentially unwanted program, you can look through our articles and find the one written about that program. In it, you will find a guide that will help you with the removal by showing you and explaining to you the different steps that need to be taken to successfully delete the PUP. 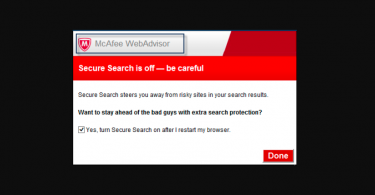 WebAdvisor WebAdvisor is a legitimate web extension developed by McAfee that often gets mimicked by browser hijackers and other undesirable apps. If there’s a hijacker on your PC that mimics WebAdvisor, you’re likely to encounter aggressive pop-ups...

Segurazo Segurazo is a security tool that’s not harmful but is still generally seen as potentially unwanted due to its methods of distribution and questionable marketing techniques. The main is that Segurazo often shows false positive malware...

PC Accelerate PC Accelerate is a potentially unwanted program (PUP for short) that is promoted by its creators as a PC optimization tool. The main issue with PC Accelerate is that it continuously prompts the user to buy its paid (Premium) version by...

Ssoption Ssoption is a potentially unwanted software of the adware family that floods the screen with aggressive advertisements, pop-up links, banners, and other promotional content. Ssoption is usually bundled with other free software and is hidden...

Bridlebuddles Bridlebuddles is a type of potentially unwanted software that can show you misleading notifications and urge you to buy some product that you may not need. Bridlebuddles is not a virus and can’t harm your PC but its presence in...

One Updater One Updater is a potentially unwanted app promoted as a software update utility but in reality, it seeks to install more undesirable programs on the computer. One Updater doesn’t damage the system directly but the software it may...