One could hardly be blamed for believing that unplugging his or hers device from the internet would be enough for some privacy. As it turns out – it is not. That certainly makes for an interesting topic of conversation. First of all you may be a proud owner one of the nearly 100 000 computers around the world (not just in the US) in which the National Security Agency has backdoored software that makes it possible for them to enter and change data in the computer even if it is not connected to the internet.

The new technology dubbed Quantum, no relation to the Quantum of Solace Bond movie, uses covert channel of radio waves to accomplish that task and can be triggered from as far as 8 miles away, with just milliseconds required for the insertion of data packets.

But even if you are not a target for the NSA here are some mind-blowing ways for your device to be hacked even if it is not connected to the internet. 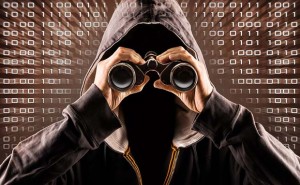 Essentially a crafty individual can use your Smartphone to track what you are typing on your keyboard if your mobile device is close to your computer. According to computer researchers at Georgia Tech, the accelerometers or the thingy that detects when and how a smartphone is tilted, could very well be used to decipher what is being written on a keyboard situated close to the smartphone, including user names and passwords, with a staggering 80% accuracy.

Any device that is not out of commission and is connected to a power line leaves an electromagnetic radiation that can be intercepted with certain technologies. The electromagnetic radiations in turn might reveal sensitive user information including keystrokes. Voltage fluctuations corresponding to keystrokes would create “noise” in the ground power line. A hacker connected to a power socket can easily intercept that data. The equipment required? It costs just $500 with an effective range of 15 meters (50 feet).

According to a recent research done by scientists at Nanjing University hackers could potentially track the movements of millions of subway riders around the world with up to 92% accuracy, not by using a GPS but a smartphone’s motion sensor. The idea here being that a malicious application placed on the target’s Smartphone can use accelerometer readings to trace him making it possible to deduct where the target would get on and off a train. Why is that possible? Metro trains run on tracks unlike cars or other vehicles running on regular roads, thus making metro trains leave a certain “fingerprint” in the readings of a 3-axis accelerometer. Readings which would allow hackers to infer the riding patterns of a passenger.

Thanks to researchers at the Ben Gurion University in Israel it was demonstrated that heat can be used to transmit information between two air-gapped computers. By detecting the emanated heat from one computer to another adjacent one it is possible to open a channel that can be used for spreading information, malicious code and other types of data.

Well now that is some fancy stuff right here! If hackers can tap into an electrical socket near a computer or if the can laser beam a device they can essentially steal whatever it is typed into it. The scary thing here? The equipment required for a power line attack costs about $500. The laser attack stuff? As little as $100 if the hacker already has a computer with a sound card.

A doctorate student at the Rensselaer Polytechnic Institute developed and showcased an innovative system in the year of 2011. It makes use of ultrasound waves to transmit large quantities of data packets and power through metal walls…thick metal walls…wirelessly?! The system doesn’t even need a battery or any other additional power source. This means that sensors on one end of a let’s say submarine or a warship outer hull can be made to work with systems located on the other side of the wall without the need for further human intervention.