Forgive us for thinking that surfing the internet was actually dangerous and scary. We must admit that the prospect of all the Trojans, Worms, Ransomware and whatnot malware makes us fidget uncomfortably in our seats. Well, me, at the very least.
But this, this right here is a whole new animal. We are talking about a killer USB flash drive that can literally fry your PC out. It may sound a lot like an urban legend but right now a story is going viral about a guy who was riding the public bus when he found a USB flash drive laying on the floor. He picked it up of course, who wouldn’t be at least a tad bit curious. No biggie, he plugged it in when he got home. Instead of finding secret government documents or something else right out of a “Mr. Robot” script, this person effectively fried his own computer. And what we mean is actually fry, like in the real, physical way.
You might be wondering how’s that even possible? Some other guys naturally got curious and we are not taking away any credit here, it was not our research. We wouldn’t risk setting our beloved computers on fire. So after some looking into it and what must have been considerable brainstorming it was decided this was indeed quite possible to accomplish. 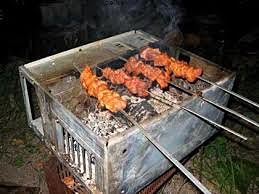 Here’s the how to:

Basically when you connect the killer USB flash drive to your device an inverted DC/DC boost adapter would start kicking in. It would start charging the capacitors until it gets them to let’s say -110V. Then, once the desired voltage is reached the DC/DC adapter is switched off. It may not seem like much but here’s the real kicker – this is like a song put on repeat, it will continue going on until literally everything inside your device is completely fried and destroyed.
So what we have is a device that utilizes high voltage AND high current in order to essentially cook the insides of your electronic device. Very often USB ports have a direct connection to the Central Processing Unit or as it is more known the CPU, so the extra voltage can indeed cause complete PC burn up.
And we are talking about a real burn up, the whole shebang – flames coming out of the open ports of your case and stuff. In essence you would be setting a bomb device inside your PC if you decide to test the killer USB on your own machine.
Why would you want to do that is beyond me, unless you are in a real hurry to get rid of some secret information and the SWAT team is already kicking your door down.
I guess if there’s a moral to that story it is that despite the very real dangers lurking around the internet, there are some very threatening physical ones as well, so be extra careful.