BullGuard is a highly configurable antivirus program that comes with a Game Booster feature which speeds up your computer’s performance.

BullGuard Antivirus is a real-time virus protection tool, developed by the London-based security company BullGuard. The program has a set of security features, including malicious URL filtering and a game-performance booster, which is a beloved functionality for the hard-core gamers. BullGuard Antivirus comes with 24/7 customer support with live-chat for anytime you need their assistance. 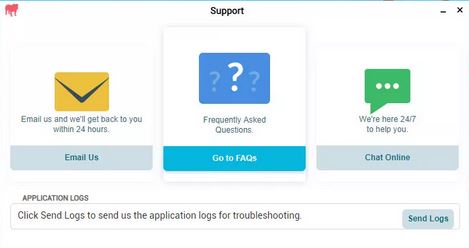 The Program’s 2020 release adds a new machine learning technology that, according to the developing company, improves zero-day threat detection with no effect on the computer’s resources and performance. The antivirus operates even offline in order to protect you when malware breaks your connection to the internet.

You may also activate the BullGuard VPN from the app if you have a license to use it. Unlike Kaspersky, Bitdefender and other antivirus apps, however, BullGuard has no free limited version of its VPN. You must be a current BullGuard customer to use it, but it does have a 7-day trail.

It costs $30 to purchase a license of BullGuard Antivirus for one year on one device. That’s a good price, considering the fact that competitors such as Bitdefender and Kasperskys don’t sell individual device licenses any more and charge at least $60 for up to three devices on renewal.

For the same $60, you can purchase a license for BullGuard for three years on a single device. A two-year license will cost you $48. If you want to protect multiple devices, you may want to consider the BullGuard Premium Protection. A three-year, 10-device license of this package will cost you $200, (which is just $6.63 per device per year) and that license protects Windows, Mac and Android devices, in addition to providing features like:

BullGuard offers 30 days trail period for all the three packages of its software – BullGuard Antivirus, the intermediate BullGuard Internet Security, and BullGuard Premium Protection – to check if this is the right software for you. The 30-day money-back policy covers you, in case you want to cancel the purchase of any of the products.

BullGuard Antivirus trail installer can be downloaded from the official website in seconds. Just like other antivirus apps, this one requires you to create an account before you can activate the trail but the process is smooth and quick.

Upon installation, the program will take up about 750MB of disk space and will add a dozen of background processes. Although, all this may look like a heavyweight setup compared to the installation components of other antivirus apps, the numerous BullGuard processes seem not to use much of RAM or other device resources.  Therefore, there should be no significant effect on your machine’s performance.

What is more, the multiple components ensure resistance against malware that is trying to disable the antivirus program. In a sequence of attempts to close BullGuard processes, stop its services, or delete related antivirus files, the app still cannot be disabled or compromised which is a good sign for reliable antimalware protection.

The interface of the BullGuard Antivirus is rather congested. The main window splits into several small panels instead of focusing entirely on antivirus and your security status. Only one of these panels concerns the antivirus feature, one is related to vulnerability scanning and one more links to the performance-optimizing Game Booster. The rest six of them (BullGuard VPN, Firewall, Backup, PC Tune-up, Parental Control, Secure Browser) are grayed out or unavailable, as they are not part of BullGuard Antivirus and require upgrade to be unlocked.

In a way,  this is a huge waste of valuable on-screen space but, with a single click, you can reach to the antivirus’ drop-down menu where you can start any of the antivirus activities, namely Quick Scan, Full Scan, Custom Scan, Quarantine, and Settings.

Additional scan types that BullGuard calls “Antivirus Profiles” can be added from the “Settings” menu. With them, you can create custom scans to precisely control which areas of the system should be checked, which files to be scanned, how the scan to be executed and what the program should do if there are any threats. This fine-tuning of the scan settings can help you to save time and quickly detect malware, as well as reduce the system’s load during a checkup by manually removing drives or directories that are filled with info, which is definitely not endangered.

The BullGuard Antivirus’s real-time protection is also reliable and is able to automatically scan and block hazardous downloads quite effectively. However, in email scanning, the antivirus does not scan incoming emails at a network level. It uses email client add-ons instead, such as Outlook and Thunderbird. Thus, it will not check your e-mails if you are using another client, or you are not using a supported add-on or it has been disabled. In a way, this means that some users may lose a security layer that they will get with other antivirus software. Reading your emails in a browser won’t be an issue, tough, because the real-time protection offered by BullGuard will identify and block harmful attachments as soon as they are saved or opened.

Scanning times are shorter than average and don’t take their toll on the system’s efficiency. For the most part, the computer’s performance isn’t interrupted or dragged down by active scans, which allows for smooth work.

The ultimate highlight of BullGuard is their Game Booster – a tool which is built to recognize the execution of games or other full-screen applications and provide them with more system resources in order to improve their performance. While this is not directly related to antivirus or protection, it is a helpful feature that counteracts the common notion that your computer would be slowed down when you install an antivirus program.

The Game Booster operates by shifting user and system processes so that they use the same CPU core. In this way, their system demands are reduced, making more room for the game. In a benchmark test performed by the gaming rig builder ChillBlast, the game-related performance of BullGuard Internet Security ranks higher than Kaspersky, AVG, Norton, McAfee and even Windows Defender.

Of course, one should not pick an antivirus based on that as security features always should come first, but still, the Game Booster of BullGuard is a very enticing attribute which may be quite tempting to many gamers.

Most of the Independent Research Labs do not test BullGuard Antivirus nowadays. The program has not appeared in AV-Comparatives’ Real-World Protection Test since 2018. BullGuard Internet Security, the intermediate package, however, is currently included in the Windows antivirus reports of AV-Test and these reports offers us valuable indications of its performance when it comes to security.

In the tests that have been performed in the period between November and December 2019 (with the new machine-learning technology added), BullGuard blocked 100% of the well-known malware. The package also performed well by blocking 100% of the zero-day threats in November and 99.4% of them later in December. This an above-average performance has gained BullGuard one of the Top Product awards of AV-Test. According to the reports,  Avast, Bitdefender, Kaspersky, Windows Defender, and a few more programs performed better,  stopping 100% of the threats, but BullGuard’s latest tests are certainly promising.

BullGuard Antivirus is a lightweight antivirus program that doesn’t engage too many of the system’s resources and provides smooth running during operation. The Game Booster feature makes the program an appealing choice for gamers. The set of manual configurations for system scanning allows for precise and quick malware detection while, at the same time, reduces the system’s load during the checkup. In the past years, BullGuard has been left a bit off-side of the Independent Researchers’ eyes, but the latest tests and the program’s 2020 release of a new machine-learning technology are showing promising results that should not be neglected.