Yesterday, on the 17th of November, Google made Chrome 87 the current stable version of the Chrome browser. Chrome 87 comes with certain improvements that primarily focus on improving performance and fixing certain security weaknesses that the browser used to have. Chrome 88 is now the current Beta version and Chrome 89 the current Canary. 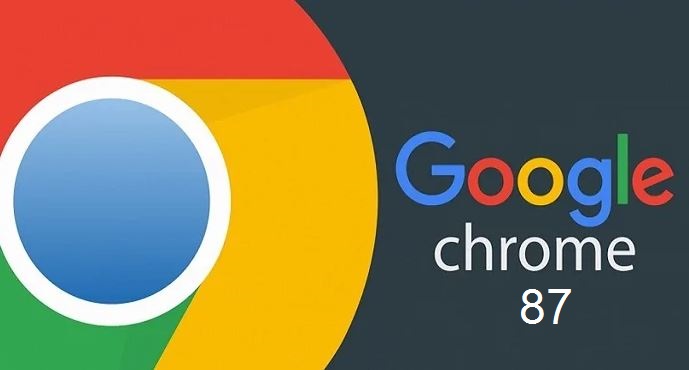 Chrome browsers should get automatically updated to version 87 within a couple of days but if you want to speed things up and are using a desktop version of Chrome (on Windows PC, Mac, or Linux), go to the Chrome menu, open Settings > Help >About Google Chrome. This will cause the browser to check for new versions and once it finds that there is an uninstalled update, it will install it automatically.

As we said, the focus of this update is mainly on performance and security for both desktop and mobile versions of the browser.

In terms of Performance, a major change made to the browser is that JavaScript timers would now be allowed to wake up and perform something only once per minute rather than have them be active all the time. According to Google, this could decrease the CPU expenditure from Chrome by up to five times and increase battery life with up to an hour and fifteen minutes. Of course, those estimates largely depend on the specific device but it sure sounds like a significant improvement, especially considering how much of their in-front-of-the-screen time people spend using the browsing app. It is also stated that this change would not be at the expense of important background such as audio steaming and site notifications.

Additionally, Chrome would now be more efficient at allocating resources to only the tabs that are being used, which is perfect for people who are used to having lots of tabs opened at the same time.

For Android users, another thing that will be changed in Chrome is that visited sites will be completely saved and stored in the cache once loaded so that browsing between different pages will be quicker and wouldn’t require each page to be loaded all over again. For example if you click on a link from a page and then decide to go back to that page, the latter would open instantly rather than take time to load again. This feature is known as back/forth cache and Google has actually been working on implementing it for quite some time now and the Chrome 87 version is just another step towards perfecting it. Users must note, however, that this feature could quickly fill your phone with cached data and so regular deletion of the phone’s cache is advisable to keep the device’s internal memory from getting overburdened.

FTP support is now disabled by default on Chrome – a decision made by Chrome developers based on their statistics which show that a very small number of users ever visit FTP sites (1-2% of the user base visit FTP sites over a seven-day period). With Chrome 87, FTP support can still be enabled manually by going to chrome://flags/#enable-ftp inside the browser but the next version, Chrome 88, will fully remove FTP support.

As for the security improvements, the major fix here is that the Slipstream vulnerability which allows hackers to bypass NAT and gain remote access to TCP/UDP ports on the computers of their victims has been resolved. Concerning the other security improvements that Chrome 87 brings, there’s currently no official information from Google released on the matter.