Google Pixel 3 XL will be the latest addition to the Pixel XL line of smartphones following the last year’s Pixel 2 XL. In this new model, the customers will be able to enjoy a number of improvements that make this device better than the one from 2017 and while there will certainly not be an overhaul of the device’s main characteristics and design choices, the changes that Pixel 3 XL brings should make this device an all-around quality smartphone with several interesting and cool features.

The technical specifications of the Google Pixel 3 XL are similar to the regular Pixel 3 smartphone with only several small but still important differences. 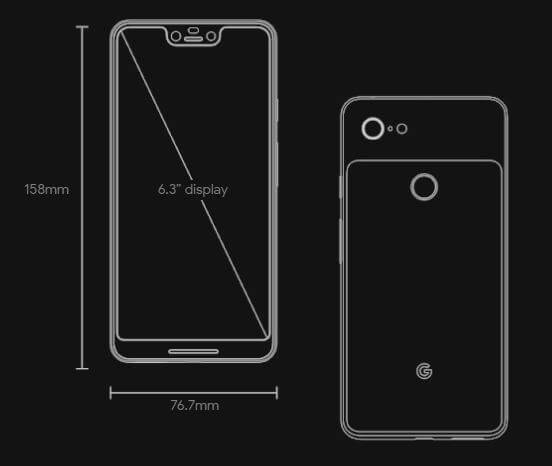 A major highlight of Pixel 3 XL is its improved design when compared to the Pixel 2 XL version. This year’s model has several design changes that significantly improve the overall feel of the device. As we already said, its screen is wider despite its size remaining pretty much the same. This is largely due to the decreased size of the bezel for the front cameras at the top and the speakers at the bottom. However, the bottom bezel is still noticeable so if you want a device that is only screen at the front aside from the space for its front cameras, then you might want to search for something else. However, we believe that a small bezel chin at the bottom is a fair tradeoff for the dual front stereo speakers which are said to be over 40% more powerful than the ones for the last year’s model.

The panel is made out of soft-glass which doesn’t really feel like glass but is actually somewhat rubbery to the touch which offers a solid, comfortable grip on the device. Of course, the glass panel with aluminum only for its frame would likely be more fragile than an all-aluminum panel but one of the reasons for this design choice is the support for wireless charging that the Pixel 3 XL offers.

There are, however, some downsides of the design. Firstly, we were annoyed by the lack of an microSD slot. The internal storage space (64GB or 128GB) is all that you are going to get with this device – no more, no less.

Another thing we didn’t like is the lack of a headphones jack which is certainly something that many users are not going to be overly fond of as well. 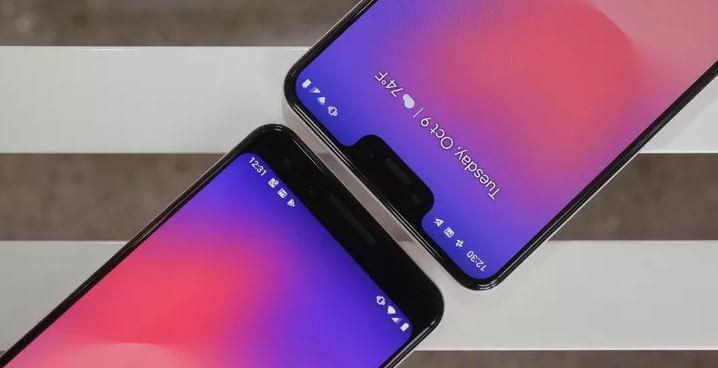 More about the camera…

As we already pointed out earlier in this review, one of the main strengths of the Pixel 3 XL is its camera. While 12.2 MP isn’t something revolutionary and while most smartphones of similar class and quality offer dual back cameras, the rear camera of Pixel 3 XL is still quite impressive. The Top Shot feature of the cam makes a burst of shots each time you take a picture allowing you to pick the best one of the bunch. You are also going to be able to change the field depth by adjusting the background blur in portrait photos. In addition, although the rear camera isn’t dual, the software controlling the camera digitally applies the background effect for a more in-depth feel of each photo and the results are quite satisfying. The front cameras are two allowing for both regular selfie shots and wider-angle photos for whenever you need to capture more people in a bigger picture. All in all, though on paper the specs of the cameras might not seem like anything extraordinary, their quality and the versatility are sure to leave the majority of customers satisfied with the results.

The Google Pixel 3 XL is certainly a improvement to the older Pixel 2 XL model from last year and the improvements are noticeable. However, all of this comes at a price. This year’s 64GB model costs 899$ and the 128GB version is priced at 999$. Similarly to the smaller Pixel 3, the improvements compared to last year’s models mainly revolve around the design, the cameras and the performance and better efficiency of the device. Now, there are certainly downsides and we have pointed them out in this review, yet, despite them, it’s likely that most customers would be pleased with what Pixel 3 XL has to offer them.