Lezp is a ransomware representative aimed at encrypting user files and keeping them hostage for a ransom. The creators of Lezp are criminals who use blackmail tactics to extort money from their victims. 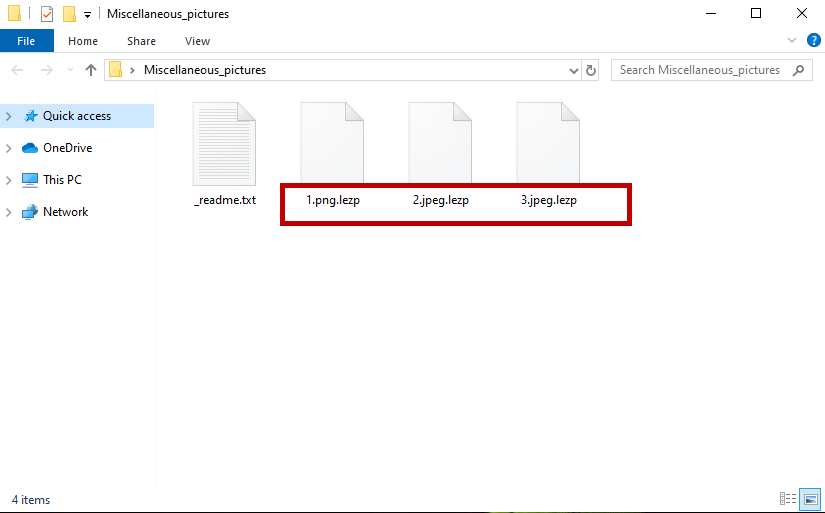 The Lezp virus will encrypt your files and leave a message in a _readme.txt file.

Immediately after Lezp applies its encryption code to the files that are stored on your computer, the hackers behind it place a notification on your screen and ask you to pay a ransom (typically in Bitcoins). The notification may come in the form of a .txt file, a pop-up or an on-screen banner and contains instructions on how to transfer the money. A deadline is also given, after which, the crooks threaten to leave the encrypted files inaccessible forever. Those who fulfill the ransom demands, however, are promised to receive a decryption key which can reverse the applied file encryption. Sadly, if such a key exists, there is no guarantee that it will really work, let alone that the hackers will give it to you. That’s why if you don’t want to send money to anonymous cybercriminals in vain but still want to remove Lezp and try to save some of your data, we suggest you to take a look at the information in the next paragraphs and the alternatives that we have described in the removal guide below.

The Lezp virus is a malicious piece of software that hackers use to extort money from online users by restricting access to their personal files and demanding a ransom. The Lezp virus sneaks in the computer through security vulnerabilities and applies encryption to the files stored there.

Usually ransomware versions like Lezp operate with absolute secrecy and you can barely notice them during the time they apply their file encryption. This is because, the encryption process, in general, is not a malicious process that destroys data or corrupts the system. Quite the opposite – this is a process that converts digital files into bits of data that cannot be accessed without a decryption key. The general use of the file encryption is for data protection, not for blackmail. Therefore, even if this process runs in the background of the system, most antivirus programs won’t consider it as malicious and won’t do anything to stop it or to notify the users about it.

Sadly, once the file encryption process is over and the targeted files are encrypted, there is little that can be done to reverse the code that has been applied. Paying a ransom for a decryption key cannot guarantee that you will really recover your files. Trying other alternatives may also not be 100% effective because there is still no universal solution to ransomware threats like Lezp and their sophisticated encryption algorithms. What you can do, however, is to remove the infection and have a clean computer. Recovering files from system or personal backups is another possible solution. That’s why we encourage you to explore these alternatives and check out the instructions in the removal guide below.