MedStar Health has been reportedly hacked by a by a Ransomware PC virus “infection” for the last couple of days. Reports have surfaced that due to the virus threat MedStar Health has closed a large portion of its IT system operations. It is as of yet not quite clear what the exact nature of the virus is and whether this is yet another case of a Ransomware virus targeting medical institutions. 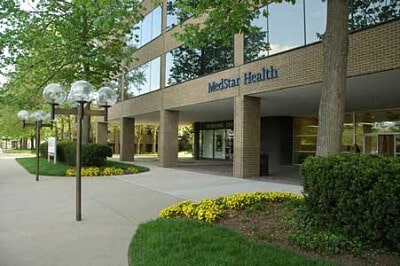 The official information coming from MedStar Health goes on to explain that the virus prevents certain users from accessing their internal system. As a result an executive decision to shut down all system interfaces in order to prevent the virus from spreading quickly followed. We are not going to speculate on the particular features of the virus but certainly this explanation rises cause for concern.

Yet the official statement from MedStar Health goes on to explain that there’s no indication that any information had been compromised or lost and all of MedStar Health’s clinical facilities remain open and functional.

Additionally an FBI investigation has been opened to address the matter. This information has been confirmed by the FBI in an e-mail statement, explaining that they were “looking into the nature and scope of the matter”.

MedStar Health is a health group which runs 10 hospitals and by their own words are “the largest healthcare provider in the Maryland and Washington, D.C. region”. Reportedly this virus threat has affected the Washington’s Georgetown University Hospital as well as other medical offices in the area.

Unofficial sources claim that the FBI investigation is centered about determining whether this is a case of a Ransomware virus or something else. Ransomware is a computer virus that accesses the victim’s system with the help of a Trojan horse. It then starts scanning and compiling a list of the user’s most often used files. After that it would use a strong encryption method to encrypt the predetermined files, rendering them inaccessible and practically useless unless a ransom gets paid.

Just last month a Los Angeles hospital reportedly paid about $17 000 in Bitcoins after cyber criminals managed to cripple its operations via a Ransomware computer virus. Also last month the Kentucky based “Henderson” hospital was another the victim of a Ransomware attack. Whether the MedStar Health Virus threat is indeed a Ransomware or not it just confirms a troubling tendency.

It appears medical institutions are quickly becoming a preferred target for hackers and cyber criminals in general. Ransomware viruses have steadily turned into a whole industry with enormous gains. Not only that – ever evolving and sophisticated encryption software makes it increasingly harder and in recent cases virtually impossible to battle the ransomware threat with conventional means. According to security experts this is a trend that is likely to continue and the ransomware cyber attacks will keep on increasing.

While we are strongly urging our individual readers to not give in and resort to paying ransom if they ever find themselves in such a predicament, it is very hard to determine what the best course of action for a Medical Hospital is. This is probably one of the reasons why Ransomware attacks against Medical Institutions have become a steady fixture in recent times.