A previously undetected vulnerability in fully updated versions of Adobe Flash Player has been discovered by security experts. This exploit allows the perpetrators to install malware on end user devices.

The information currently available is that this latest attack is targeting government agencies only. The group known as “Pawn Storm” has waged a long lasting campaign against government officials.

Researchers in the antivirus provider company “Trend Micro” published a blog spot detailing particulars about this most recent Adobe Flash exploit. It affects Flash versions 19.0.0.185 and 19.0.0.207 but may also reside in earlier versions of the software. It is not unusual for zero-day exploits to be far wider distributed than what is initially discovered. If you are not familiar with this term, zero-day attacks or exploits are called flaws in the software in question unknown to the developers of said software which are targeted and used by the perpetrators to spread malware, spyware or to authorize access to privileged user information. 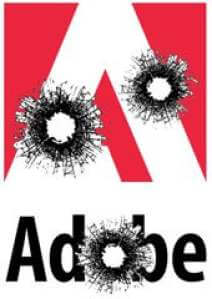 Something more about “Pawn Storm”

As we have previously mentioned “Pawn Storm” are a group of hackers targeting government agencies officials. In the past this group is known to have targeted artists, politicians and journalists in Russia as well as infecting the iOS devices of many Western government officials and representatives. Some claim “Pawn Storm” to be strongly related to the Russian government but so far this has been only speculation. In recent months the group has come after foreign affairs ministers mostly.

In this most recent hack they have sent phishing e-mails to a number of Foreign Affairs ministers containing links to websites that supposedly contain information about current events all around the globe. E-mail titles like “Suicide car bomb targets NATO troop convoy Kabul” or “Russia warns of response to reported US nuke buildup in Turkey, Europe” have undoubtedly peaked the interest of targeted government officials and have led to some URL hits that in turn were playing host to the exploit.

Adobe’s response and some general advice

An adobe spokesperson confirmed that company researchers have received a proof of concept exploit and are deep in the process of investigating. If or more likely when confirmed we will probably see an emergence Adobe Flash update patching up this latest security issue. As usual in similar cases we strongly advice our readers to disable Adobe Flash on as many sites as possible at least until this issue gets resolved. It must be noted that most browsers nowadays provide a click-to-play-it mechanism that allows Flash based content to be played only with the specific permission of the end user. Of course there’s always the option to uninstall Adobe Flash altogether but that may be a bit excessive as of right now. However it is your decision to make!