On Monday, during its virtual Worldwide Developer Conference (WWDC) 2020, Apple announced the latest versions of its operating systems – iOS 14 for iPhones, iPadOS 14 for iPads, watchOS 7 for Apple Watches, and macOS Big Sur for MacBooks. Several new features and enhancements have been introduced in the new versions and, in the next lines, we will take a look at them. 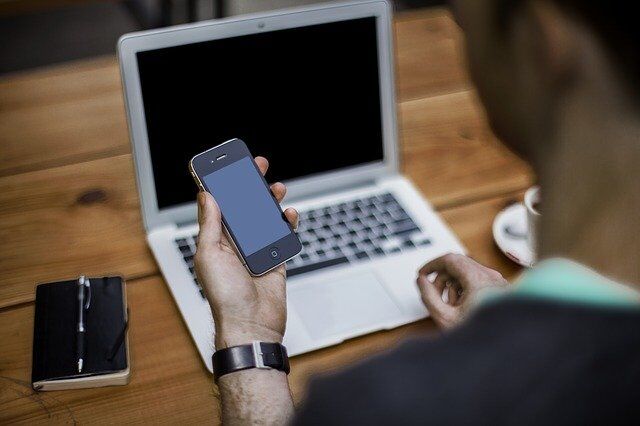 What is worth highlighting is the new protection and privacy features introduced to the iOS 14 and macOS Big Sur operating systems that are specifically aimed at helping users with the following:

The company stated in a statement that the protection of privacy is a fundamental human right and is central to everything they do. That’s why with iOS 14, Apple will try to give its users more control over the data which they share and greater transparency about how it is used.

Below are some of the important new privacy and security features that really deserve to be mentioned:

1.) Limitations to apps that can access your precise geo location.

You already can block certain applications from tracking your location through your iPhone, but now, with the latest version of the iOS, you can share an approximate location with apps you use rather than your precise geolocation.

2.) Microphone / Camera indicator that shows when they are recording

iPhone owners can now see a yellow dot indicator in the status bar whenever their microphone or camera is in use. This is an especially useful feature that helps to spot unauthorized use. The Control Center menu also shows you which applications have recently used the microphone or camera so you can detect a potential breach.

Developers can now integrate the option to upgrade existing application accounts to Sing in with Apple so users can enjoy better privacy , security and ease of use without the need of setting up a new accouont.

With this update of iOS14, you don’t have to allow access of applications to your entire image gallery if you want to share just a few photos with them. Instead, you can now only share selected images with an application which requires access to the photos.

Safari has a new security feature for its iOS and MacOS versions. The browser has two additional authentication features, one of which allows users to learn if they are using a compromised password for their online accounts. With the help of a advanced cryptographic techniques, Safari periodically checks your password against an updated list of compromised credentials. If an infringement is discovered, the browser helps you change your existing passwords.  The company claims that all this happens without revealing any information to anyone, including Apple.

Intelligent Tracking Prevention is the second feature of Safari that is used to recognize and prevent trackers from profiling or following you across the web. A weekly Privacy report is generated, demonstrating how Safari protects the uses’ web browsing on the websites visited.

6.) Control and Transparency on Cross-App Tracking

Apple now requires app developers to obtain users’ consent prior to tracking them across third parties’ applications and websites in order to make tracking transparent and under users’ control. You may now select which applications are allowed to track you, and change your preferences.

In addition , Apple now requires developers to show a summary of their applications’ privacy practices on their App Store pages to make it easier for users to check them before they download something. The developers are expected to disclose their app activities, such as data collection and monitoring across companies in an understandable way.

Apple also made a major announcement at WWDC 2020 — it officially switches from Intel processors to its own “Apple Silicon” processores.  The company is dedicated to delivering Apple-designed Mac silicone that will maximize the efficiency of the computer while still remaining energy-efficient.

Apple’s CEO Tim Cook shared that he has never been more thrilled about the Mac’s future. “Apple silicon is more solid and more efficient than ever thanks to its powerful features and industry-leading quality,” the CEO said.

To make the transition to Apple silicon smoother for the developers, the company introduced the Universal App Quick Start Program which offers documentation access, forum support, beta versions of macOS Big Sur and Xcode 12, and a restricted usage of a Developers Transition Kit (DTK).