Unfortunately, uTorrent and BitTorent have a history of being flagged as Presenoker by Windows Defender. As Microsoft does not share any data, it is unknown which versions of uTorrent create the issue and whether they carry the real Presenoker or are just flagged as security risks. 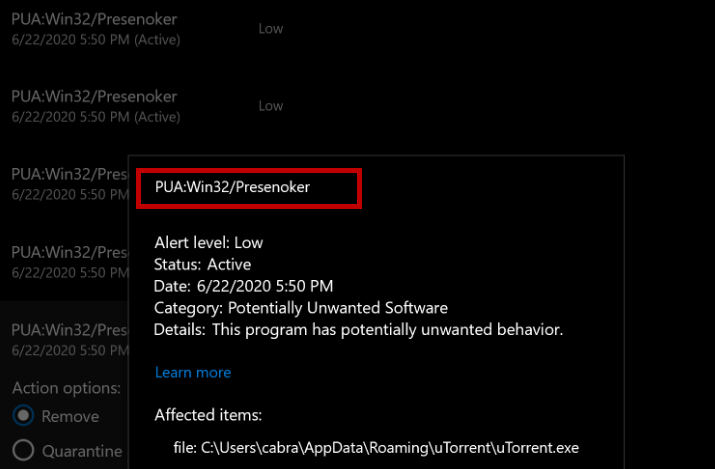 Presenoker is one of the most common Trojans Horses encountered by Windows 10’s built-in Defender because of the file types it is carried by, most notably some instances of uTorrent.exe, as seen in the screenshot above. Most such cases are not truly malware in the classic sense, but rather files deemed as unsafe by the AV industry.

The Presenoker virus or trojan is a colloquial name referring to two versions of Presenoker: one deemed simply a potentially wanted program, like utorrent.exe, and the other an outright malware which slows down your system and rapidly takes up resources for bitcoin mining.

The version of Presenoker that isn’t flagged only as unsafe, but outright installs other malware on your machine is much more difficult to deal with. Differentiating between the versions can be difficult at first, but it quickly becomes noticeable if your 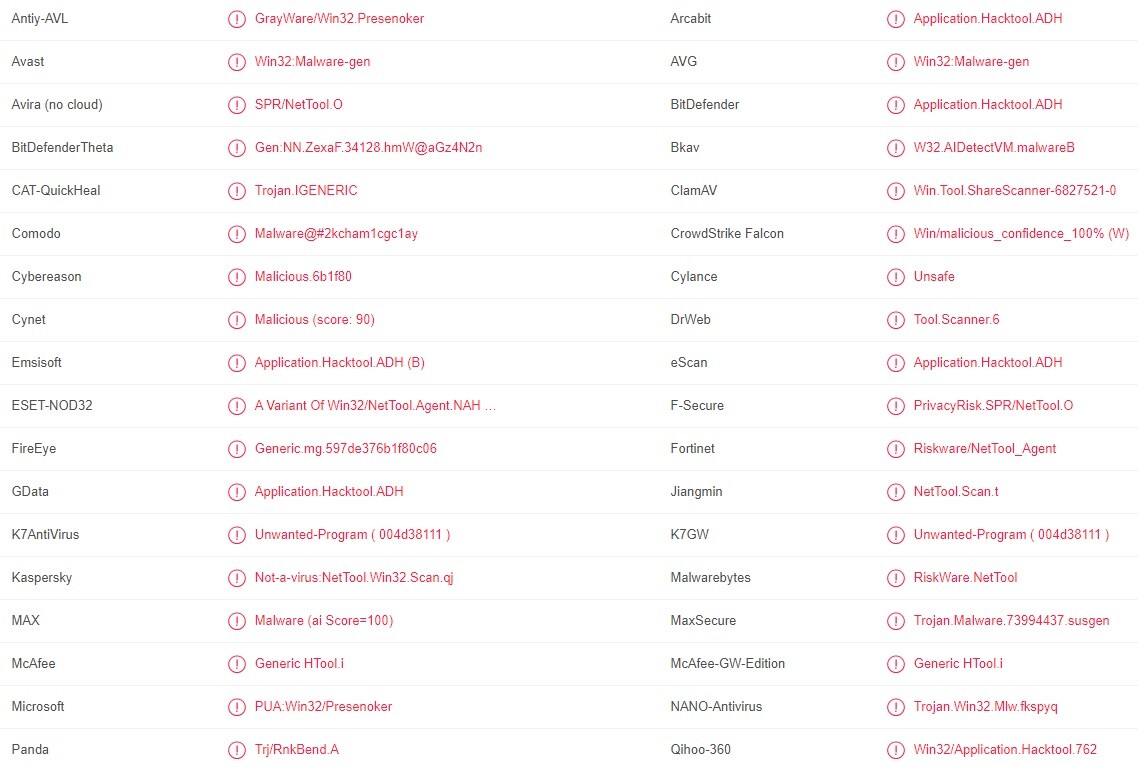 The true removal of Presenoker is done through very mundane means, but it will require a bit of an explanation. Read it below to understand what you’re doing.

Since an updated version of Windows 10 called 2004, the default settings of Defender were changed to flag potentially unsafe programs as real “threats”, which is why you receive the popups.

The real problem occurs on another scan: it turns out Defender doesn’t remove programs it deems PUPs (potentially unwanted programs) but just blocks them and leaves them in one of its folders called Detection History. Windows Defender finds the malware again because it scans the entire system including its own folders.

However, there is another version of Presenoker which is a true malware that installs other programs on your machine without your knowledge. Since Defender names both the same way, there is no way to know which one you have. The removal guide below covers both. You will need to look for any unknown new programs that hog resources. If you don’t find any, continue with the rest.

First, you should look if there are any programs installed by Presenoker while it was active on your system.

The rest of the removal will require you to go in Windows Defender’s native folders.