The 5 Most Common Cybercrimes

It’s no secret that cybercriminals and cybercrime are becoming a problem of a larger and larger scale as time goes by. And the more time goes by, the quicker they evolve and the more cunning their methods become. 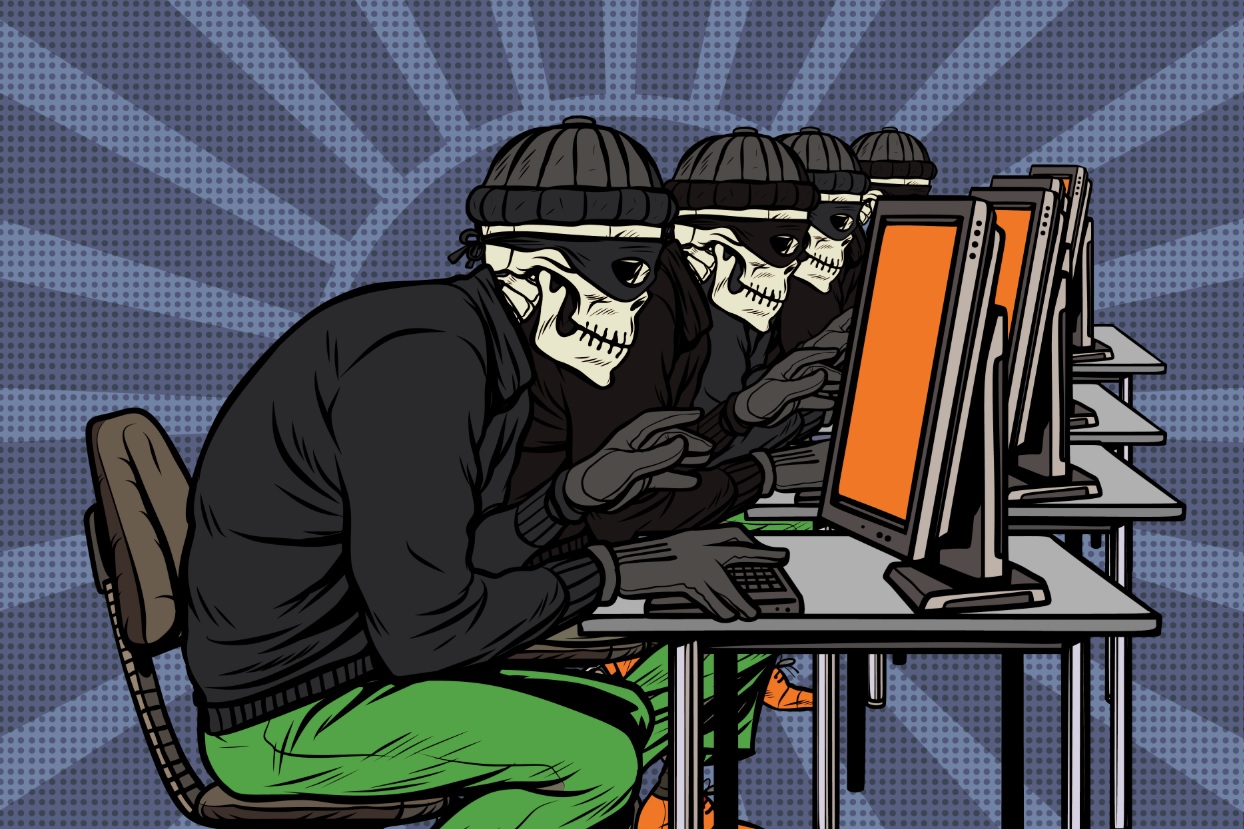 Using sophisticated forms of malware, hackers are now able to profit illegally at the expense of unsuspecting companies, organizations and individual users as well. And every year millions of dollars disappear from people’s accounts and into the pockets of unscrupulous hackers.

And the statistics speak pretty much for themselves on that matter. For example, it’s been estimated that approximately 57,000 new scam websites are created by criminals every week. Tens of millions web users across the world fall victim to identity theft. And the number of those who get robbed online are even greater.

Whether it be with the help of some scam or by blatantly stealing personal data, passwords and financial credentials, danger is always just around the corner when it comes to cybercrime. And whilst most of us are aware of this and the potential consequences that may follow as a result of a cyber attack, there are still those of us who do not know of the type of danger that is lurking on the internet.

So whether you think of yourself as the former or the latter, we still think you might benefit from this short list of the 5 most common cybercrimes you are most likely to encounter online. But more importantly even, we would like to provide you with the information that may help prevent such attacks and can keep your private information and assets intact.

Identity theft is another one of those crimes that has been around well since before the time of the internet. However, thanks to the worldwide web, it has exploded and become one of the most popular forms of cybercrime out there.

There are many ways in which you can fall victim to identity theft, too. For example, if hackers were to get hold of your credit card details, they could use them to make purchases in your name. And there are various possibilities via which the criminals can obtain this information. It can be via a spam email asking you to verify your card PIN or something along those lines, it could be via scamming website as mentioned earlier, where you are again asked to type in your financial information.

And the easiest way to make sure you aren’t taken advantage of in this way is to play close attention to the content you interact with online and keep a close eye on your account details. If you ever have the slightest suspicion that you may have given your financial details away to criminals, be sure to contact your bank or other financial organization to report this.

Privacy issues have also become a giant issue in recent years. Especially now after the lockdown that most countries went into and most of the workforce went into remote operating mode, so many privacy breaches became apparent.

Privacy invasion is basically the instance of a third party (in this case hackers or cybercriminals) gaining access to data that would allow it to spy on your personal life. For example, this could include monitoring your browsing and other online activities, hacking into your machine, reading your email or other correspondence, etc.

In most countries, these crimes are written into the legislation and are therefore punishable by the authorities. Hence, if you ever have reason to believe that someone has invaded your privacy, you should report it to your local police or whatever relevant authority. And a good way to protect yourself from this type of intrusions is by having reliable antimalware software installed on your computer.

The term ‘phishing’ refers to the practices used to trick users into providing sensitive details to hackers and cybercriminals. Earlier in this list we already offered the example of a phishing email that may be asking you to confirm your credit card PIN. And that’s just one of numerous possibilities for phishing.

Then there are also websites that are designed to mimic legitimate ones and also persuade users into typing their personal details or other sensitive data, such as your home address or social security number, etc.

There are such things known as phishing filters that you can get for your web browser in order to help check websites that you visit. And if after running a scan the filter finds that it has been identified as a phishing site, it will warn you about the same.

Cyberstalking is taking privacy invasion to a darker, more twisted level. This can also be achieved by a range of different means, including infecting your PC with malware designed to log any and all activity on it. That way the cybercriminals behind the malware will be provided with access to more or less everything you do on your computer.

This is another crime that is recognized by legal authorities and when spotted, it should certainly be reported. And it best be reported immediately, because cyberstalkers could have all sorts of malicious intents from slandering you to extracting personal information, blackmails, etc.

This is typically most applicable for active social media users, but it can happen to anyone. And usually the practice consists of sending the victim hate messages o threats, be it via email, instant messaging and/or social media platforms.

A very problematic form of online harassment is what has been dubbed cyberbullying. This is a major issue among school-age children, where they can start being bullied online by their peers, potentially leading to dire results. Instances of kids committing suicide due to have been bullied online have, unfortunately, already become almost commonplace.

With social media at least, it is easy to report such messages to the platform directly. In other cases you may need to engage the legal authorities as well. But the bottom line is that you shouldn’t allow online harassment to go on to the point where it gets out of hand.