WhatsApp Virus is a term used to refer to a wide range of malware programs and scam campaigns that are related to the popular messaging application called WhatsApp. Here, we will cover the most widespread and problematic of those malware threats and scams, and we will teach you how to recognize and avoid them. Since WhatsApp is available for Android, iOS, Windows, and other operating systems, what will be said in the next lines would apply to all of them.

WhatsApp Virus may refer to several commonly encountered forms of malware that can be related to the WhatsApp application. They all rely on the user’s gullibility and lack of caution, which is why we strongly advise you to carefully read the descriptions below, so that you know how to spot those threats and avoid them in the future. 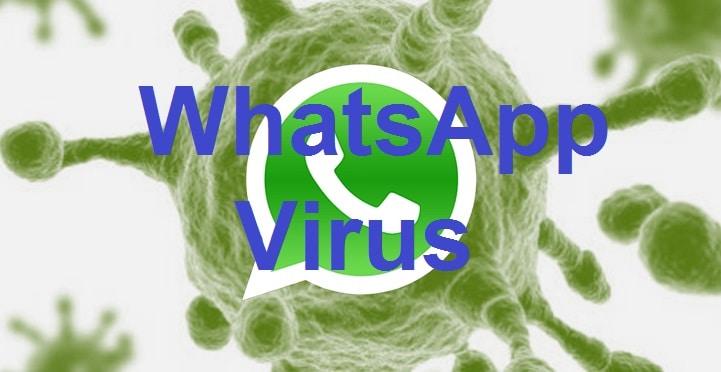 WhatsApp virus may refer to a number of malicious software programs that may be harmful to your device and virtual security.

One of the most commonly used ways to spread malware using WhatsApp is when an email letter is sent to the user, claiming that the latter has a missed WhatsApp voice – this is often referred to as the WhatsApp virus message. The subject of the letter is “Missed Voicemail”, and upon opening the email, the user is given a link to play the voicemail message. If they click on the link, they’d get redirected to a fake WhatsApp page that seems to contain the voicemail. 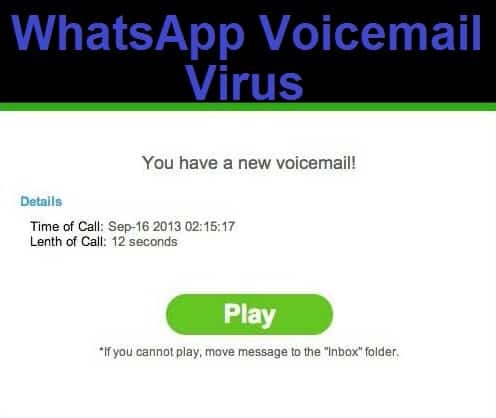 The WhatsApp Virus Message is a fake email you receive that tries to get you to download malware.

Clicking on the button to play the message, however, would typically result in the installation of a malicious program. There are many different pieces of malware that get distributed in this way, so make sure to never open or interact with the contents of any such messages – WhatsApp doesn’t send such emails to its customers.

A WhatsApp virus download example is GhostCtrl. A particularly dangerous Trojan Horse program that has several different distribution channels. One of them is through being disguised as the WhatsApp application. To avoid this Whats App virus download, be sure to only download your apps from reputable sources such as Google Play and Apple’s App Store. 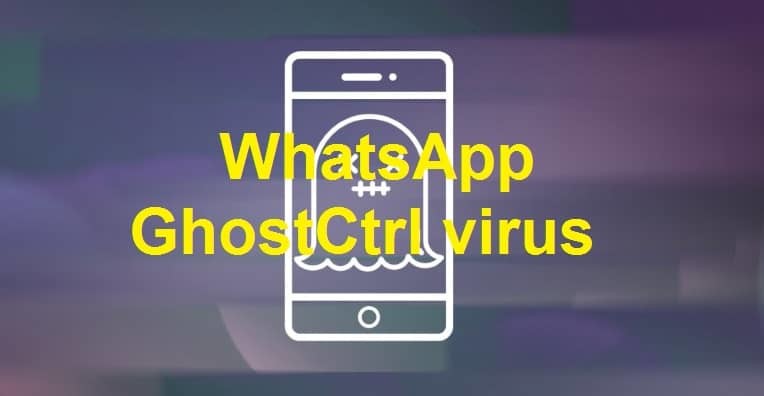 The WhatsApp Virus Download also known as GhostCtrl is a dangerous Trojan that can access your personal info, and spy on you.

Even then, be sure to only download the most popular version of the app you are looking for (WhatsApp in this case), or you may unknowingly download some disguised malware virus.

If you land GhostCtrl, this Trojan may take over your phone, collect personal info from it, and even hack into your phone mic and camera in order to spy on you in real time!

Back in 2017, a fake version of WhatsApp was released and it managed to make its way into Google Play. This fake WhatsApp was actually a malware piece aimed at showing invasive ads on the users’ screens and secretly installing more sketchy software on the device.

Later, the fake app’s name was changed to “Dual Whatsweb Update”, in order for it to resemble an update for WhatsApp. Soon after, the fake app/update was removed from Google Play. However it isn’t excluded that it may still come back under a different name, which is why you must remember that WhatsApp updates get installed automatically. Meaning anything that claims to be an update you are prompted to download is most definitely not related to WhatsApp.

Like other similar malware, the one referred to as the WhatsApp virus 2019, and also known as the Agent Smith WhatsApp virus, disguises itself as a popular and legitimate application. Once installed on the device however it replaces some of the already installed apps, including WhatsApp, with fake ones that are mainly aimed at generating revenue for their creators through malicious advertisements. The WhatsApp virus 2019 malware is mainly distributed via the Chinese 9app.com application store.

The WhatsApp Virus 2019 also known as Agent Smith is known for generating revenue through malicious ads.

A WhatsApp scam is a bit different than a WhatsApp virus in the sense that it doesn’t necessarily involve the infection of your device with malware. Still, it isn’t excluded that a certain online scam may get your device infected with malicious software. 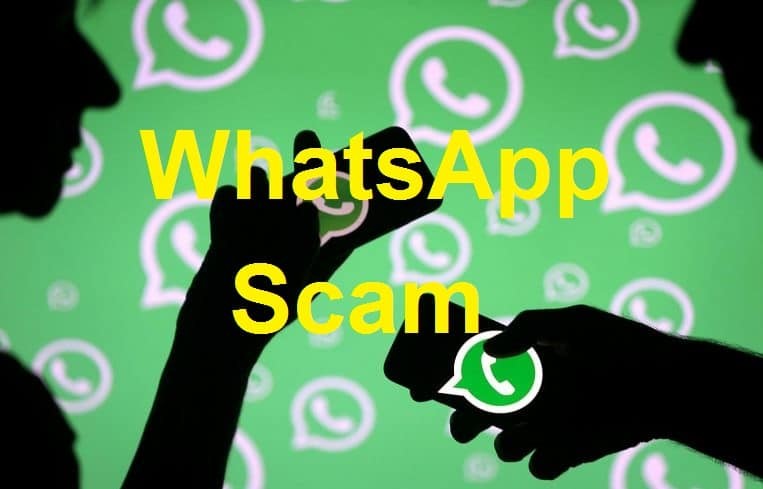 There are many WhatsApp Scam types, and you need to be able to recognize them!

Here are the most common WhatsApp scams that we wish to tell you about:

One very common and very problematic WhatsApp text scam is the one where the user is sent a fake text message that claims their one year free trial has expired. The targeted users are urged to visit a disguised phishing page, where they are required to provide their banking details in order to renew their WhatsApp subscription. Of course, since this is nothing but a scam, all that would happen if you provide your details is you would lose a significant amount of money without gaining anything. 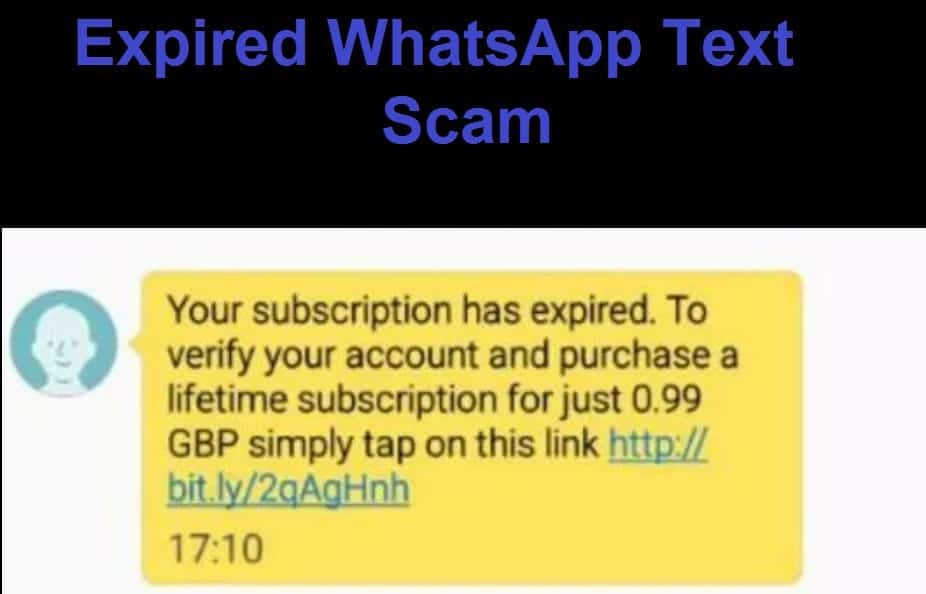 The WhatsApp Text Scam is aimed at extorting money from your bank accounts.

WhatsApp is a free app, and anyone who asks you to pay in order to keep using it is most definitely a scammer.

This scam is related to a fake premium version of WhatsApp named WhatsApp Gold. The users are urged to upgrade to it in order to gain some additional features. However, there is no such premium version of WhatsApp, and if you ever come across anything (link, download button, advertisement, etc.) prompting you to download it, make sure to avoid it. 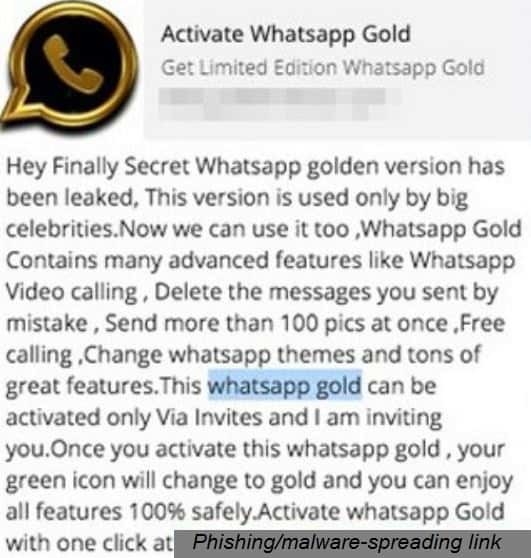 WhatsApp Gold is a fake premium version of WhatsApp, used to compromise the user’s phone.

If you try to download WhatsApp Gold, you’d either get redirected to some phishing page or malware would directly get downloaded on your computer.

WhatsApp Martinelli refers to a spam message that gets sent to users of WhatsApp. The text of the message is actually worded like a warning – it warns the users about a WhatsApp account named Martinelli, which is about to start sending out malware to other WhatsApp users. The message also warns about the WhatsApp Gold scam that we already mentioned. 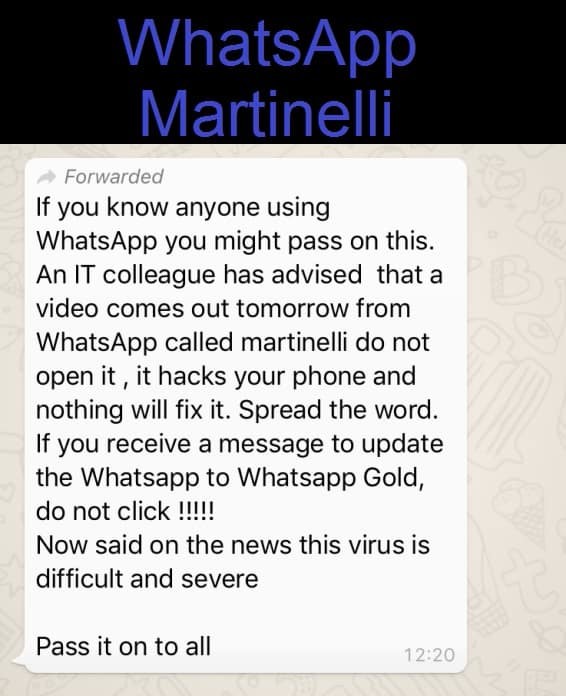 The WhatsApp Martinelli “scam” for now seems to be rather harmless.

The receivers of this message are urged to forward it to their contacts in order to warn them too.

There are no links or attachments to the WhatsApp Martinelli message, and nothing in the text looks harmful. All in all, this is a weird spam message that many users have received, but so far no harm has come out of it. Still, it is regarded as a spam, and users are advised to refrain from spreading it, as doing so would only keep this spam alive for longer.

A reliable security application could keep you safe against most such scams and malware, but the best protection you can offer your device is your own vigilance. We already told you how to recognize most online threats related to WhatsApp, and now it is your job to stay alert when downloading and using this app in order to avoid the hazards that you may get exposed to. If you have encountered any of the scams or the malware we mentioned, or if you want to ask us any questions, feel free to leave us a comment down below – we highly enjoy the communication with our readers! You can use the guide below in case you have been affected by some form of the WhatsApp Virus scams!