Home » News » The Zedge App is ‘harmful’ according to Google Play 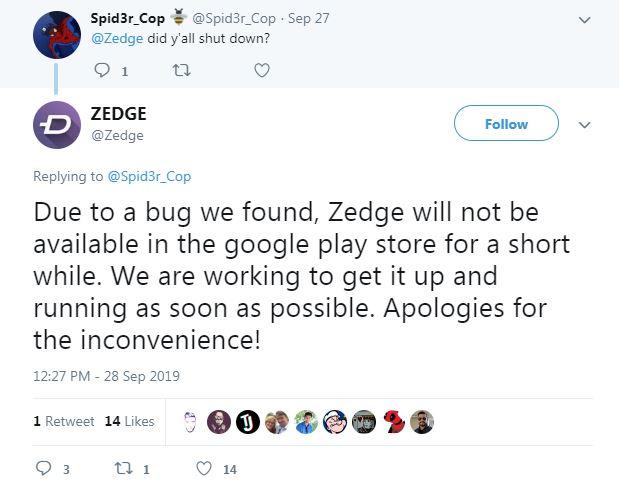 The answer to the question “Is Zedge harmful?” is “probably not”.

Although Zedge is a legitimate app for Android, iOS and Windows smartphones, it has recently been removed from Google Play Store. Many users are wondering about the reason for this, and some are worried that malware may have been found in the, resulting in its removal from the Play Store. Zedge also seems to have been automatically removed by Google Play Protect from the devices of users who have had it installed.

Currently, the exact reason for the removal is unclear. The twitter page of Zedge has briefly addressed this issue, stating that the app’s absence from the store is due to a bug, and that the devs are working to find a solution to the issue.

As we said, some think its possible that there is malware in the app, which raises the question “Is Zedge harmful?”. Under normal circumstances, this app represents no harm to the users’ devices – it is actually a quite poplar application liked by many people. However, the origins of the “bug” that has led to the removal of Zedge from the Play Store is unknown, so could it be something hazardous? The answer is “probably not”. If actual malware has been found in the app, the devs would have probably mentioned it in their Twitter statement.

There is also one other thing to consider here – recently, there have been changes in the way Google Play Store flags potentially harmful applications. In fact, a number of other popular apps such as Videoder, and Es Explorer have also recently been flagged by Google Play. This change in the security filters may be the reason for the removal of Zedge from the Store, although it hasn’t been confirmed by anyone.

Sadly, we cannot give you a definitive answer to the “Is Zedge harmful?” question, because it isn’t uncommon for hackers to target popular apps and insert malware into them. Still, it is more likely that it’s just an issue with the new filters on Google Play, and things will probably be back to normal pretty soon.

The Zedge app is personalization software for smartphones, which allows the user to customize their device. The Zedge app offers a wide range of wallpapers, ringtones, custom app icons, and games. 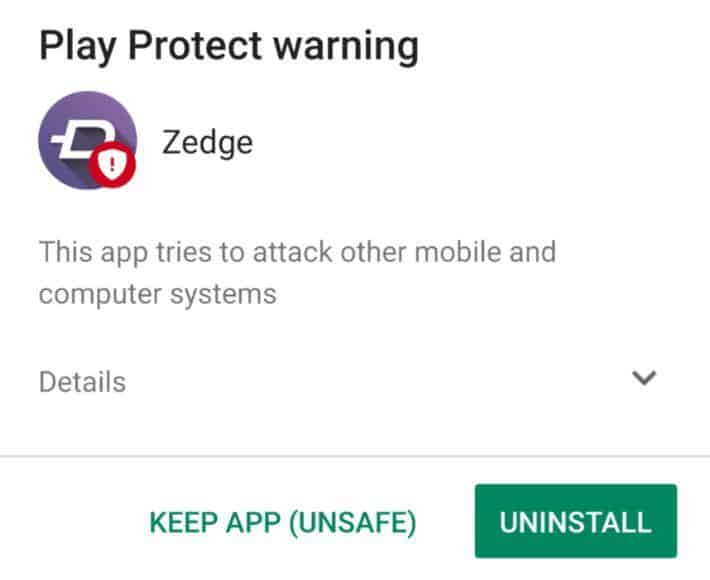 The Zedge App being blocked by Google Play

It is a quite popular smartphone customization app, and according to its official website it’s used by over 35 million users. Zedge has been around for a while and it certainly isn’t some obscure and little known application that gets associated with malware. Therefore, even if there is some security issue with it at the moment, it almost certainly not intended by its developers. Also, even if there is some security-related problem with the app, your device should still be safe, because Google Play Protect seems to automatically remove it from the device where it has been installed.