A fresh new look for the famous Start Menu may be one of the surprises that the Windows 10 users will see with some of the coming updates. A more simplified and beautiful design that fits more to the look of the operating system is what Microsoft is aiming for.

From what is seen in the new beta release from the Windows Insider Dev channel, the company seems to be playing with changes in the way applications and Live Tiles appear in the Start Menu. 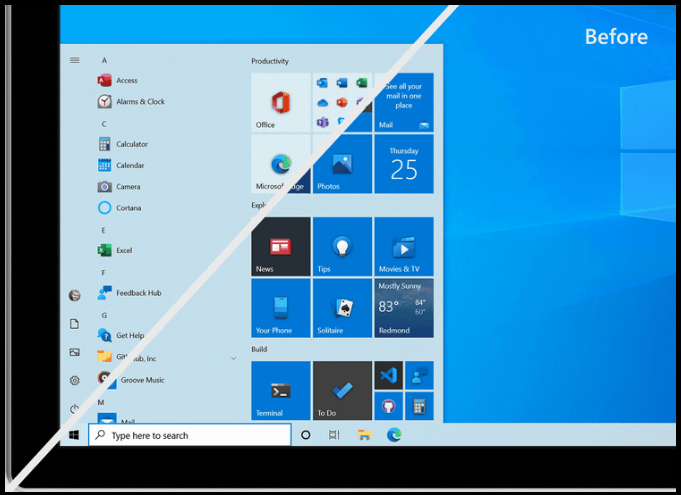 A smarter look is created with partial transparency, which corresponds to Microsoft’s new Windows 10 iconography. This new design removes the solid-color background behind the logos in the Start Menu app list. The look of the new Start Menu comes in a light and dark theme, but the light theme, as shown below, is much more noticeable. 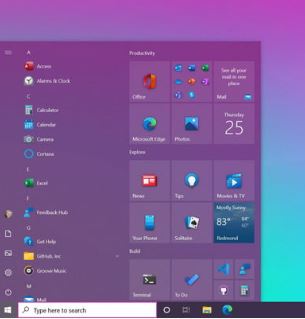 Microsoft believes that the new design offers a beautiful stage for your apps, especially the Fluent Design icons for Office and Microsoft Edge and the revamped icons for build-in applications.

The new color option can be selected from Settings>> Personalization >>Color in Windows 10. However, Microsoft explains that that not all beta testers will be able to see the new Start Menu at first.

Microsoft has released teasers about the new Start Menu design several times, most recently in an Instagram video of Panos Panay, Chief Product Officer of Microsoft’s Devices group. Since the new look is being tested in the Dev Channel of the Windows Insider Program, however, most probably, the Start Menu update will not arrive with this year’s Windows 10 update, the release of which is scheduled for the Autumn.

As stated by Microsoft in an earlier blog post, any features coming of the Windows Insider’s Dev Channel are a newer code that is in an early development stage. Thus, such features are not planned for release with an upcoming updates. Only features announced for the Beta channel are linked to a specific release date.

This being said, the new Start Menu may or may not reach the final non-beta edition of Windows 10. Yet, with Panay being in charge, there’s a chance that the new look is on its way together with some other exciting features.