Identity theft is an issue of enormous proportions in a world where we store most of personal information online and it’s easier for criminals and people with ill intentions to get ahold of it. In fact, according to some estimations, every 2 seconds there is a new victim of identity theft. And there are myriads of reasons why someone would want to impersonate you.

For example, criminals could do it to take our payday or even other types of loans in your name. Wrongdoers could even use your identity to open new accounts, or even file for tax returns in your name and collect your money without your knowledge. The list goes on and on, and so it’s apparent that identity theft is no joking matter.

And so cybersecurity companies and organizations specializing in data protection have come up with software solutions to help victims of such crimes. Norton LifeLock is a market leader in this area and with plenty of good reason, too. 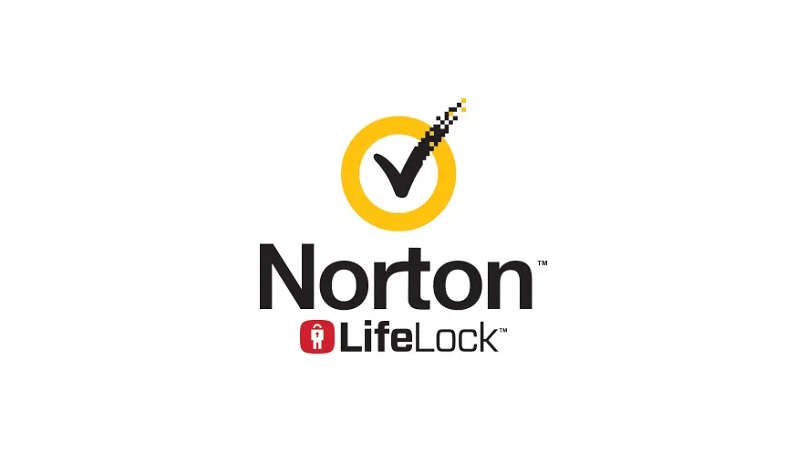 For one, it’s from a well-known brand that has been in the business of protecting people’s information and computers since the distant 1982. And in that type it has built a rock-solid reputation for providing a quality service. And so we’ve decided to review Norton LifeLock ourselves to confirm whether or not this app is indeed worthy of its name.

One of the things you will probably notice first when deciding what Norton LifeLock plan to choose is that there’s just too many of them. And while this has literally nothing to do with the quality of the product or the service provided, it will require some more precision on your part when deciding on the exact level of protection you need.

One thing to note (and add to the confusing setup) is that if you purchase Norton 360 and the respective VPN client, you also get the second tier of the Norton LifeLock plan, which is called LifeLock Select.

But let’s starts form the beginning and see what this software product actually has to offer. The first tier is LifeLock Standard and it is available at the same price as LifeLock Select – for the first year of use. That price is $10 per month for the first year. Then for Standard the price goes up to $12 per month and $15 for Select. Both plans offer you up to $25,000 of theft protection insurance and cover one device. In addition to that, both also offer protection measures against social security number theft and credit check monitoring. The only difference between the two plans is that in addition to all else, Select also comes with a VPN service and protection for as many as 5 devices at a time.

Now if this doesn’t have you confused already, then brace yourself for what comes next. There are two extra levels of paid plans.

One is the Advantage plan, and the subscription will set you back $20 per month. With Advantage customers benefit from up to $100,000 worth of insurance and up to 10 devices covered. In addition, in the event that there’s bank fraud committed in your name, you will be alerted about it. And then lastly we have the Ultimate Plus plan for $30 per month. Here the benefits increase dramatically and now the insurance coverage goes up tenfold up to $1 million. What’s more, customers get 401K protection along with coverage for all devices you own – no limitations. Last but not least, credit bureau monitoring with this plan is for up to 3 services.

Like all other Norton products, you will be greeted by the signature yellow interface once you launch the app. And while it’s not exactly the nicest color to look at, it fits the purpose perfectly, suggesting a state of caution and alertness.

We really like the dashboard of the LifeLock app because everything is very clear and straightforward. All the features and different functions are in plain sight and it’s very simple to navigate to and from them. For instance, if you head over to the Privacy section of the app, you will see a bunch of options to add extra layers of protection depending on your preferences. There are options that will enable you to protect your credit card and even your smartphone, for example. And you can also easily check what personally identifiable information you have from within the app in the respective section for that, which is another handy feature.

It is a little ironic, however, that you only get the VPN client with the second tier plan and upwards. Using a VPN should actually be an essential part of protecting your identity. So we would recommend that you opt for the second tier at least straight away if you’ve chosen LifeLock as your identity theft protection tool.

Most of the features offered in LifeLock are similar (if not the same) to what other tools in the industry have to offer. But they are presented much more professionally and the ease-of-use factor is certainly not to be underestimated. Furthermore, the professional look and feel of the interface give you that sense of confidence that your personal information is in the hands of a reliable company that has actually put the necessary effort into creating this software.

With that said, the features that come with Norton LifeLock include those that have to do with crimes committed in your name that have already been reported. You also have credit bureau monitoring features, as mentioned above. And if you have subscribed to the highest level (Ultimate Plus) LifeLock plan, then you will also see the feature relating to 401K protection.

What is slightly disappointing as far as LifeLock’s features go is that some of the tracking and monitoring features that you will find in the basic plans of competing software are only available in the more expensive versions of Norton’s app. And in the following section of the review you will see that there is one major feature that LifeLock lacks that could have made this the ultimate identity theft protection application.

Norton and this specific product – LifeLock are both names that are extremely well-known and there’s hardly anyone that can compete with that level of popularity. On the one hand it is because the company has been around for over thirty years now and, in order to have managed to stay afloat for so long, it had to have provided a solid service that has earned it the great reputation it enjoys today.

On the other hand, having become such a huge presence on the market, the company can also afford to be advertised accordingly. So it’s no coincidence that we also see LifeLock commercials almost everywhere we look. Hence, the competition doesn’t exactly have it easy.

Nevertheless, there are a few companies out there offering similar products to Norton LifeLock with comparable features. One of the lesser known names, for example, is IDShield, which we have already reviewed here. And while this tool does falter on several counts comparing to LifeLock, it does have something that Norton doesn’t. IDShield offers consultations with private investigators in order to take care of the consequences of already committed identity theft crimes.

Other apps on the market that are worthy of having a look at include IdentityForce and Intuit’s TurboTax app.

Norton is a name brand and that alone makes LifeLock stand out from the competition. But if you get to the bottom of it, you will notice that for the most part all identity theft apps have roughly the same features. With this specific software product, customers get to benefit from various levels of protection ranging from credit bureau monitoring and fraud alerts to social security number protection, VPN services and more.

One of the highlights of LifeLock is that it is very easy to use thanks to its intuitive design and interface. You won’t have any trouble finding the exact feature you’re looking for and making due use of it as per your needs.

However, before you can actually get to that, you need to first select a paid plan and that can be a little confusing. Not everyone will have a clear idea of the level of protection they require and the way things are stated from the manufacturer isn’t super helpful. So chances are you will simply end up basing your decision on the price that you can afford as opposed to your actual protection needs.