Nypd belongs to the class of malicious software better known as ransomware. Nypd is actually a cryptovirus, meaning that it encrypts data on its victims’ computers. 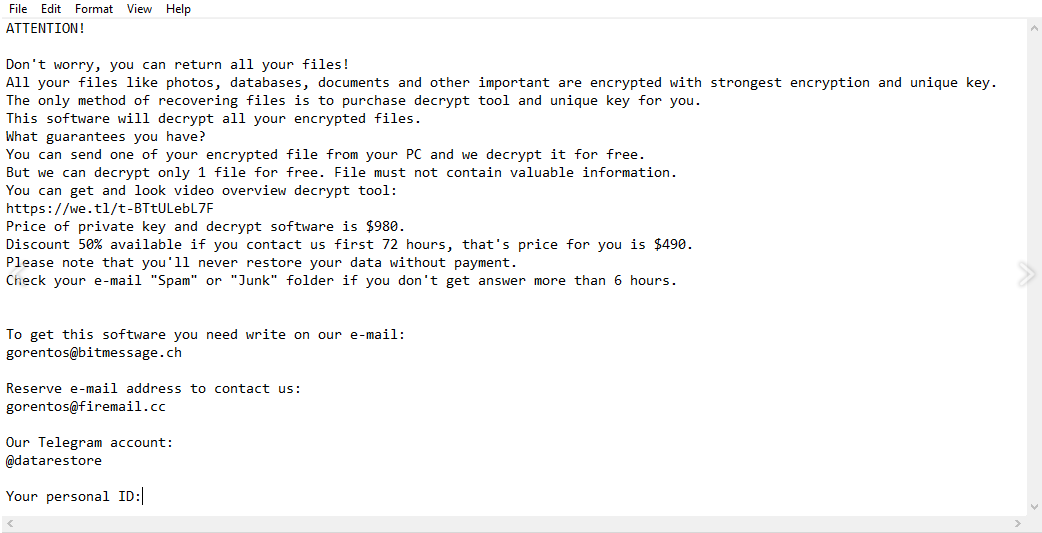 The Nypd Virus will leave this message in a _readme.txt file.

This is what the hackers behind such malware variants use as leverage in order to blackmail their victims and demand a ‘ransom’ payment for, hence the name of this type of malicious code. Ransomware like Nypd can encrypt most commonly used file types, so there’s a fair chance that most of the data you deem important on your PC has been affected by its encryption. And as a result of this, you will no longer be able to open or in any way use your files, which can often prove to be a very serious problem. And that’s what the cybercriminals generally count on.

Generally, ransomware victims are notified about the infection as soon as the encryption process has ended via a ransom note that can be placed on the desktop of your computer or other locations where you won’t miss it. And as a rule, it will contain information regarding how you can regain access to your data, which will normally be via the execution of a cryptocurrency transfer to the hackers. In return, they promise to send a decryption key, which is unique for each instance of infection with Nypd.

We would recommend not immediately complying with the demands of these cybercriminals. Instead, there are other alternatives to paying obscene amounts of money (which by the way is in no way a guarantee that it will solve the problem), and we have listed a few of those in the second part of the removal guide below. Before undertaking any of those, however, it is highly important that you first remove Nypd from your system, which you can do by carefully following the instructions described in the first part of said guide.

The Nypd virus uses a very strong encryption algorithm in order to deny users access to their very own data. The Nypd virus infection can, therefore, be quite devastating if not treated properly. 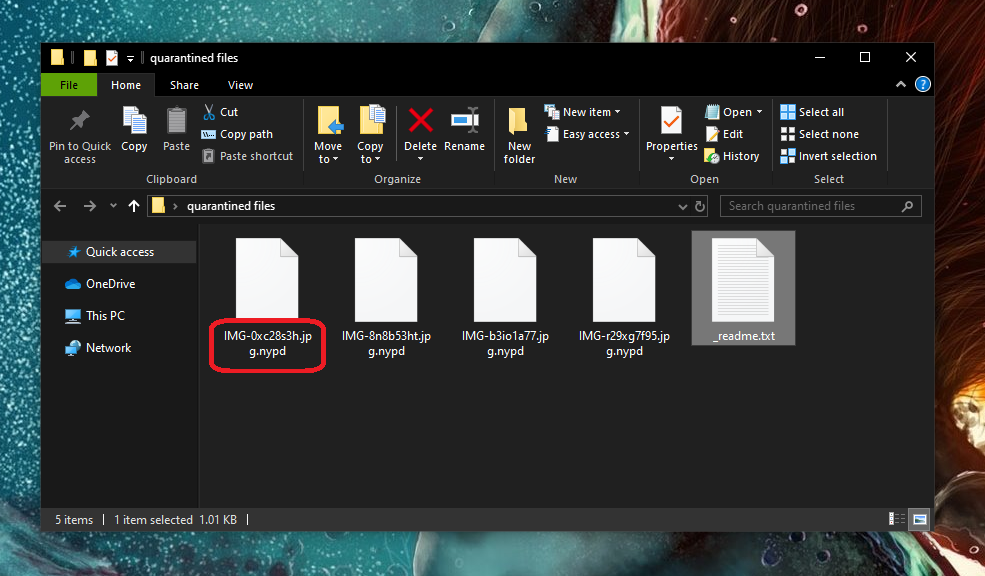 The Nypd Virus will start encrypting your files immediately after infecting your system.

Ransomware viruses like Nypd, Zwer and Kkll are also notoriously stealthy and there’s little chance that you would have been able to detect such an infection while it was underway. Even most antivirus systems are helpless against such threats as encryption is in and of itself not a harmful process that results in any real damage. It is simply a way to shield information from prying eyes. Only in this case the information is stored on your PC and the eyes are also your own.

What’s more, there are even ransomware viruses that can outright disable your antivirus, which is an even more harrowing possibility. But the bottom line is that preventing such attacks and taking the necessary precautions to minimize their effects beforehand is the only effective means of combating ransomware.