.Maas is a representative of the file-encrypting type of ransomware viruses. .Maas acts in near complete stealth and is an expert at avoiding detection. 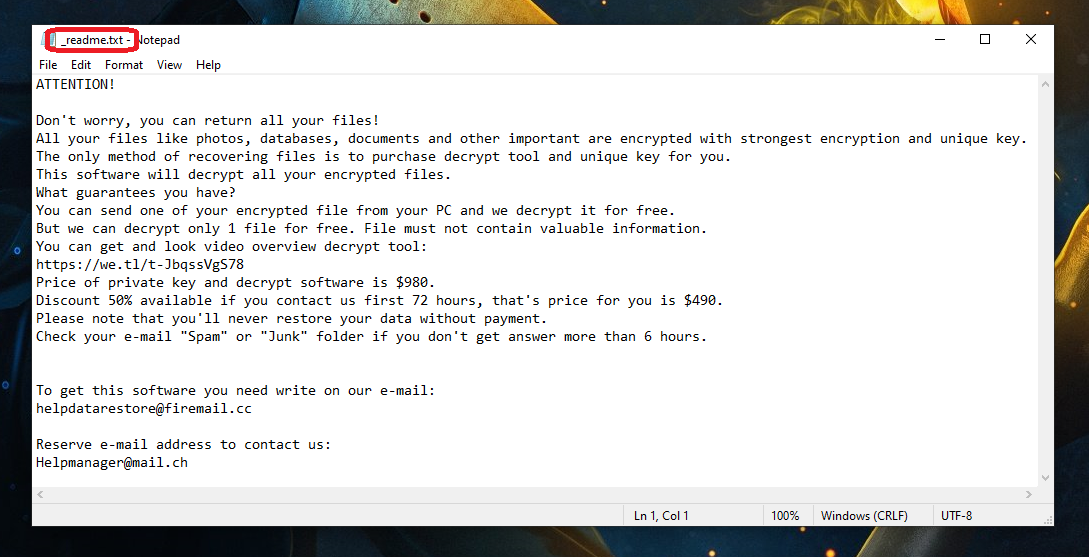 The .Maas Virus will leave this message in a .txt file.

And oftentimes it takes quite some time for a malicious variant of this type to do its dirty job. How this happens is the virus first scans the system for specific files types, and these can be quite numerous including all the most popular and commonly used file formats. Then it begins to create encrypted copies of these files – one by one. And at the same time, it also deletes the originals of the files.

So as a result, the victim users are left with a bunch of encrypted copies of their original files that cannot be read or opened by any existing software. Hence, they’ve ultimately been denied access to their very own data. And to top it all off, they will likely be greeted by a ransom note left open on the desktop of the computer to inform them of the terrible process that has just taken place right under their noses.

The ransom note will usually also include information regarding what the victims are expected to do, should they want to recover their files again. And in most cases, this is the transfer of a rather substantial amount of money to some cryptocurrency wallet – also usually within a given (short) timeframe. The criminals behind the virus promise to send you a decryption key in exchange for this money. And this key, in turn, is what is to solve the encryption.

You are, of course, free to cooperate with them and send them all the money in the world if you choose to. But we would recommend trying alternative file recovery means first and seeing if those might help instead. We have listed several such means in the second part of the removal guide below. However, those must only be attempted after you’ve completed the first part – namely the removal of .Maas itself. This will ensure that no recovered files get encrypted afterwards as well.

The .Maas virus targets a wide range of file types and can therefore rob you of a large amount of valuable data. If your computer has been infected with the .Maas virus, it is highly important that you remove it as soon as possible.

.Maas, .Zida and Masodas are among the most dangerous types of malware out there, and there’s good reason for them to be seen as such. Aside from the fact that they typically don’t exhibit any symptoms, on top of that ransomware generally doesn’t even trigger a response from an active antivirus program. And some of the more elaborate versions of this malicious software category can even disable antivirus tools. 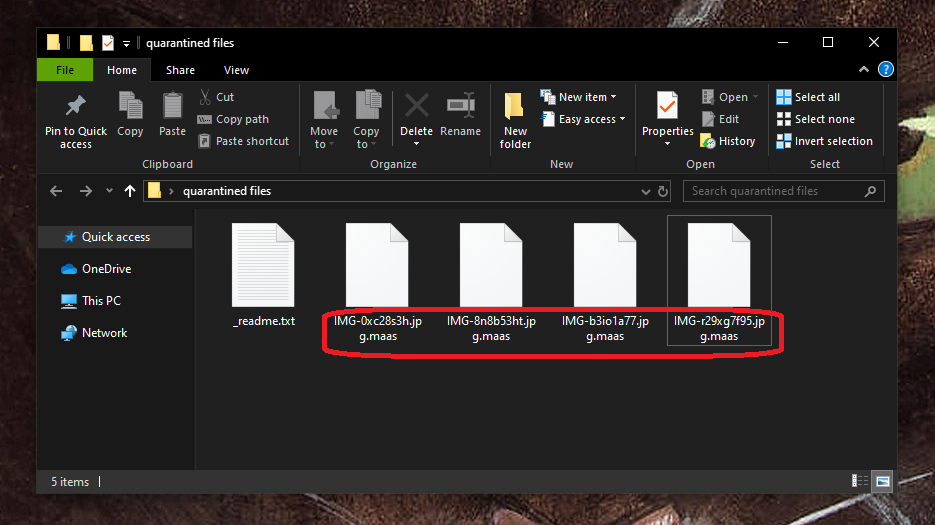 Once the .Maas Virus has infected your system it will start encrypting your files.