The Video.UI.exe is a legal executable file located in C:\Program Files which is part of Microsoft’s Xbox Live Entertainment Platform. 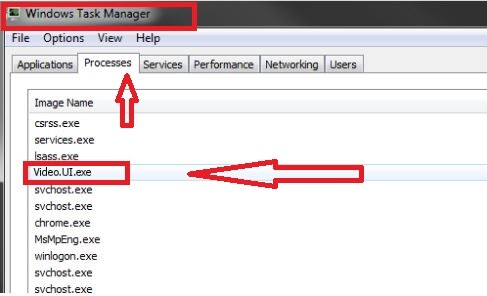 Video.UI.exe is a legal executable file that can often be targeted by viruses and malware.

Though being a core component of Microsoft’s Xbox Live video application (former Zune), however, the Video.UI.exe is not an essential windows process. Thus, in case that you are experiencing system errors related to the Video.UI.exe file or your antivirus program keeps flagging it for various questionable activities, you can safely remove it without affecting the performance of the system. A full system check with reliable security program is also recommended in order to rule out the possibility of misuse of the Video.UI.exe process by stealthy malware-related programs like Wup.exe, Nmon.exe.

Originally, Video.UI.exe can be found in the C:\Program Files\WindowsApps\Microsoft.ZuneVideo_3.6.15361.0_x64_8wekyb3d8bbwe\Video.UI.exe directory. It usually starts its process during the boot of Windows and runs continuously in the Task Manager. In spite of its non-malicious nature, however, the file should still be treated with care because Malware developers may misuse it to disguise malicious programs by naming them after legit system files. In case that a virus or a malware has been named after the Video.UI.exe file, the machine may start to exhibit abnormal behavior such as  high CPU consumption without any particular reason, frequent error pop-ups, lags, freezing of different software, etc.

Here are some of the most common symptoms of a Video.UI.exe virus file in your computer:

Commonly, the Video.UI.exe file may be targeted by infections such as Trojans or Spyware as they can effectively mimic its name and operation. To rule out such an event, you should open the Task Manager (Ctrl+Alt+Delete), find the Video.UI.exe process, right-click it, and open the location of the file. If the file is present in the C:\Program Files\WindowsApps\ or C:\Windows\System32 directory, then you have no reason to worry as it cannot be related to malware.

However, in the event that the Video.UI.exe file is missing in its default directory, this may be an indication that you are not dealing with the legitimate file but a Video.UI.exe virus which has been camouflaged as a legitimate Windows file or has replaced it. A virus of this type may easily operate as a Trojan Horse and may cause major problems with the computer or endanger the data stored on it. And if you don’t know, Trojans are notorious for their abilities to spy on their victims, damage the system and easily open a backdoor for other computer viruses such as ransomware or spyware. That’s why, the best you can do if you have any suspicion about the nature or the operation of the Video.UI.exe file on your computer is to run a full system scan with professional security program. Such a program should effectively be able to detect and deal with this file in case it indicates malware-related traits.

Nevertheless, both Windows OS and cybersecurity experts agree that the original Video.UI.exe file is not malicious and should not be treated as harmful. Those who have any problems with this file can browse the Task Manager, turn off its process and monitor the system’s behavior after that. It is not advisable to rush to remove Video.UI.exe without first making a thorough analysis or running a diagnostics with trusted software optimization tool as this may cause serious malfunction to the related software or lead to other system issues. Users should also remember that notifications and problems like those linked to the Video.UI.exe file may often happen because of damaged, corrupt or missing Windows files and processes. Therefore, the recommendation of the experts and our “How to remove” team is to regularly optimize your Windows’s performance with the aid of professional optimizing tools that have the latest Windows OS databases and components.