Avlaunch.exe is a core process of the Avast antivirus program. Users who use this security program can detect the Avlaunch.exe file in their system. 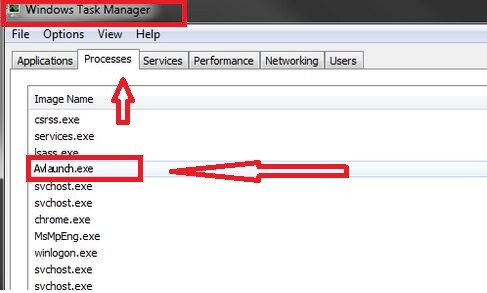 Avlaunch.exe is a file belonging to the Avast antivirus program that is commonly exploited by hackers due to its popularity and file type.

The deactivation of this process and the removal of its related file may cause serious problems with the operation of the antivirus application and prevent it from running smoothly but, at the same time, the Avlaunch.exe process is not essential for the operation of Windows OS. Thus, it can be removed from the system without any significant effects on its overall performance.

The original Avlaunch.exe file is typically stored in the Windows System folder and can quickly be identified as legitimate if it is found in the corresponding directory. However, in the event that this file is not found in its original directory but a file with this name is running in your computer, it is very likely that you may be dealing with a malware or a virus that it using its name.

It is common for cyber criminals to develop different threats such as Trojans, Spyware (Wup.exe, Quick Driver Updater) and other viruses and to name them after commonly used and legitimate files and processes that run in the background in order to effectively hide their malicious nature and intentions. That’s why users need to always pay attention to the processes and files in their computer and carefully research any unusual activity or system behavior that is triggered without any particular reason.

A sure sign that you are not dealing with the original Avlaunch.exe file of Avast but a Avlaunch.exe virus instead is that your system starts to experience frequent errors and runs questionable processes that exploit most of its RAM and CPU resources. Other possible symptoms that may indicate the presence of a malware with this name on your computer may include:

Of course, similar issues may occur because of corrupted system files, missing updates or compatibility issues. That’s why a careful examination of the origin of the problem and the use of security and software optimization tools is always advisable instead of any impulsive actions.

The fastest way to check the legitimacy of the Avlaunch.exe file is to go to the Task Manager, open the process tab, find the executable file in the list of processes and open its location. If it is found in the C:\Windows\System32 directory then there is no reason to worry, but in any other case you should treat the file as a virus and remove it with the help of reliable security program.

Developers of Avast antivirus, however, advise that users do not rush to remove the Avlaunch.exe file before performing a thorough diagnostics. Assuming that the file is malicious when it runs in the background of the system alongside the Avast application itself is not a good idea. Moreover, the removal of the file may only cause serious issues with the performance of the antivirus program and prevent it from protecting the computer. If users are faced with longer loading times and any issues related to the original Avlaunch.exe file, they are advised to update the program and try to repair any compatibility issues with the OS to ensure smoother operation. The key factor, in any case, is to correctly determine if the Avlaunch.exe executable is legitimate or not and only then take the necessary steps. In addition to that, a system check with professional anti-malware software is always recommended in order to rule out the possibility of a malware infection.

Downloading and installing software from non-reputed developers or sketchy download platforms, visiting  pornographic sites, clicking on random commercial messages and spam can increase the risk of a virus infection. That’s why our general advice is that you should always pay attention to the source, the legitimacy of the software providers and freeware distributors, and be selective about the online content you interact with.